About AIDS, Its Transmission and Prevention

1. How is HIV transmitted? What disease is caused by this virus?

HIV is the virus that causes AIDS (acquired immune deficiency syndrome), a disease characterized by the destruction of cells of the immune system making the body susceptible to many opportunistic and severe diseases. 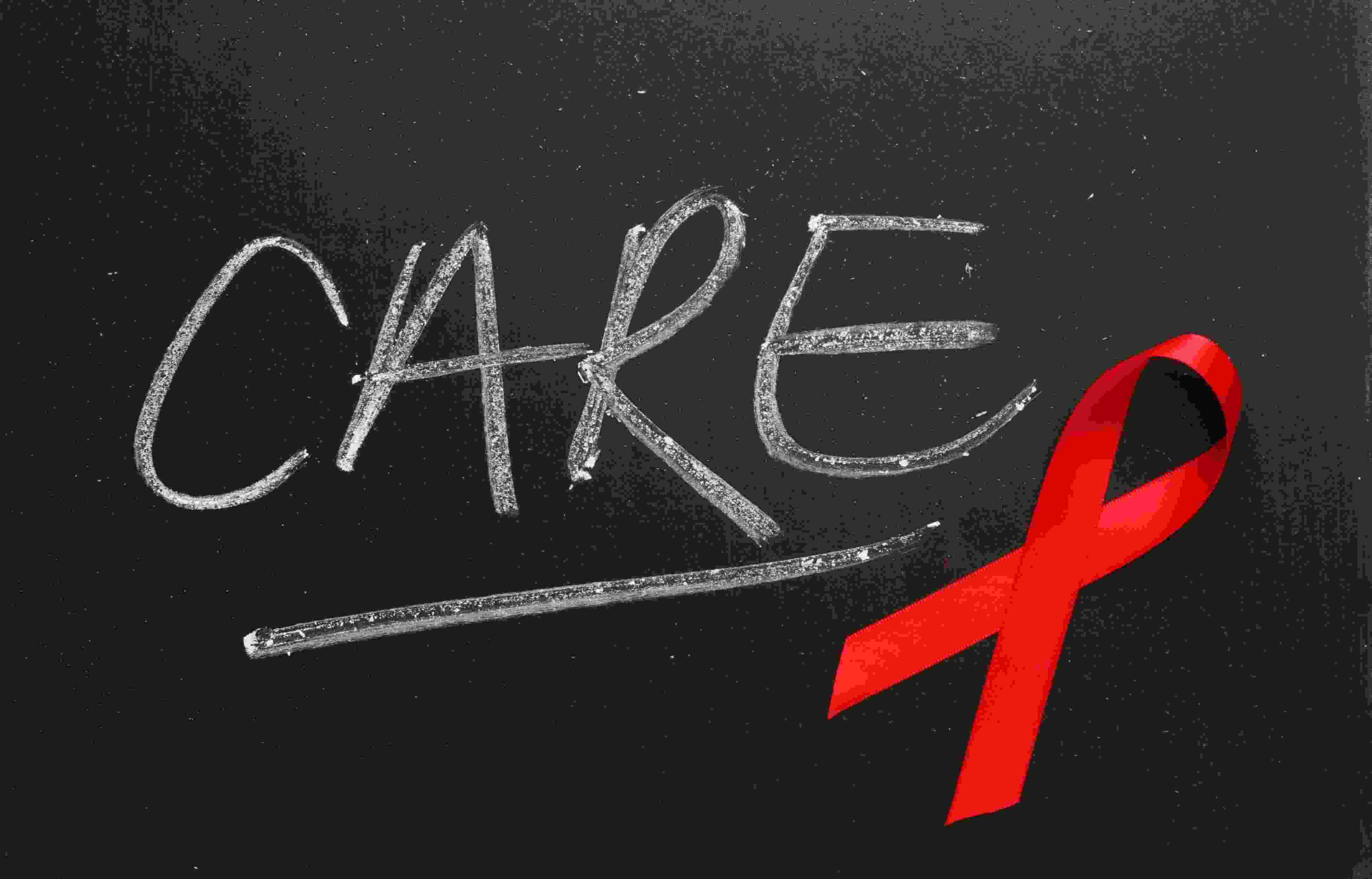 2. Which type of virus is HIV? What is the role of reverse transcriptase, an enzyme present in HIV?

HIV is a retrovirus, or rather, an RNA virus (its genetic material is RNA and not DNA).

Reverse transcriptase is the specific enzyme of the retrovirus responsible for the transcription of the viral RNA into DNA within the infected (host) cell. This DNA then commands the production of viral proteins and viral replication.

3. What are CD4 lymphocytes? What is the relationship between these cells and HIV? How does HIV replicate?

CD4 lymphocytes are the cells that HIV infects and within which the virus replicates. HIV has proteins in its capsule that bind to the CD4 receptors of lymphocytes. Through that bond, the virus fuses with the cell membrane, its content (RNA, reverse transcriptase, protease, etc.) penetrates into the cytoplasm and the viral replication process begins.

HIV RNA is then converted into DNA by the reverse transcriptase. The new DNA is inserted into the genetic material of the lymphocyte with the help of enzymes called integrases. Through transcription and translation, this DNA commands the synthesis of proteins necessary for the assembly of new viruses. Long polypeptides are therefore produced and then broken down into proteins and viral enzymes by the enzyme protease. As a result, new HIV viruses are assembled and break the cell membrane to enter circulation.

5. What is the cause of the immunodeficiency presented by AIDS patients?

The cause of the immunodeficiency presented by AIDS patients is the destruction of CD4 T helper lymphocytes by HIV. With this destruction, the immune system becomes impaired and the body cannot defend itself against many diseases that normally do not develop in immunocompetent people.

6. What is the difference between carriers of HIV and AIDS patients?

A person can be a carrier of the HIV without necessarily being affected by the immunodeficiency syndrome at that time since the virus can remain in the body for many years without producing clinical manifestations. The AIDS condition is when the patient actually becomes immunodeficient and begins to show signs and symptoms of opportunistic diseases.

7. How is CD4 count involved in monitoring HIV infection? What is another laboratory method to monitor the disease?

A CD4 count test is done from a blood sample of a person infected by HIV. In this test, the number of CD4 cells is counted. If that number (concentration) is abnormally low, it means immunodeficiency and the patient usually must be treated with antiretroviral drugs. The other test used to monitor the infection is the viral load test. In this test, the number of HIV viruses is estimated from a blood sample to indicate whether the treatment (control) of the disease has been successful or not.

8. What are the main opportunistic diseases that can affect AIDS patients?

Among the opportunistic diseases that affect HIV infected people during the AIDS stage are: mucocutaneous and systemic candidiasis, Kaposi’s sarcoma (blood vessel tumors that result in darkened spots on the skin and internal organs), tuberculosis, cytomegalovirus infection, pneumonia by the fungus P. Carinii (pneumocystis pneumonia), toxoplasmosis, herpes, etc. Some other opportunistic diseases are: salmonellosis, histoplasmosis, aspergillosis, cryptococcosis, isosporiasis, and lymphomas.

9. How long is the incubation period of the HIV? What is meant by acute AIDS?

The incubation period of HIV (the time interval between the infection and the beginning of immunodeficiency symptoms) ranges in average from 10 to 15 years.

Acute AIDS is the clinical situation characterized by signs and symptoms that may appear 5 to 30 days after the infection by the HIV, due to the high replication rate of the virus during this period. Acute AIDS does not always happen and many times it is mistaken for common diseases like the common cold. The patient can present fever, discomfort, myalgia (muscle pain) and arthralgia (joint pain), lymphadenomegaly (the enlargement of lymph nodes), sweating and diarrhea. The symptoms often last from 3 to 15 days.

10. What are the three phases into which HIV infection is often divided?

HIV infection is often divided into three phases: the acute phase, from the date of infection until 9 weeks after the infection, a phase in which the virus replicates and the number of CD4 lymphocytes is reduced; the asymptomatic phase, which lasts from 9 weeks to often more than 10 years, in which the viral load remains stable and the CD4 count is not abnormally low; and the AIDS stage, when the viral load is high, the CD4 count is abnormally low and opportunistic diseases are present.

11. How do antibody-based tests detect how HIV infection works?

After infection by HIV, the immune system begins the production of antibodies (primary immune response) against the virus. The ELISA (enzyme-linked immunosorbent assay) and Western-blot tests search for the presence of specific antibodies against HIV antigens in blood samples. Since only one positive ELISA is not conclusive, as false positive tests may happen, the Western-blot test is often used after a positive ELISA.

Simpler and faster tests have been developed and can be found in healthcare services.

12. What is the window phase of an infection? How is this concept important for testing for HIV infection in blood banks?

The primary immune response of the body facing any infection is not immediate. The window phase is the period from the infection until the formation of detectable specific antibodies against the infectious agent. During this period, immunochemical tests that indirectly search for infections, such as the ELISA and the Western-blot for HIV, give a negative result even if the person is actually infected by the agent. In the case of HIV, the window phase can last about 2 weeks to 3 months.

The window phase is a big problem for blood banks that only perform immunochemical tests on the donated blood. This is the reason why, in some countries, blood donors are submitted to a series of questions regarding their prior behavior, mainly sexual and drug use related, in the months preceding the donation and also to voluntary confidential self-exclusion, in which they declare whether their blood may be used or should be excluded. Instead of facing this dangerous problem, modern blood banks use PCR (polymerase chain reaction) for HIV, a test that is not distorted by the window phase since it is not antibody-based. Using specific primers, PCR detects the presence of DNA generated by the reverse transcription of HIV RNA.

13. What are some of the strategies of the antiretroviral drugs used in AIDS treatment?

Antiretroviral drugs used in AIDS treatment try to approach any of the several steps of the HIV life cycle. There are three main groups of drugs: reverse transcriptase inhibitors, which attempt to prevent the formation of DNA from viral RNA (zidovudine, or AZT, ddI, d4T, 3TC, nevirapine, efavirenz, etc.); protease inhibitors, which block the enzyme protease, which is necessary for the assembly of new viruses (saquinavir, ritonavir, nelfinavir, indinavir); and the entry inhibitors group (includes fusion inhibitors), which try to block the entry of HIV into the host cell (enfuvirtide, a fusion inhibitor).

14. Why is AIDS treatment often done with a cocktail of drugs?

The treatment of acquired immune deficiency syndrome is often done with one or more antiretroviral drugs of different groups, for example, a protease inhibitor plus a reverse transcriptase inhibitor, in an attempt to approach two or more stages of the HIV life cycle at once. Besides that, the high mutation rate of the virus may make the treatment ineffective and for this reason, the use of the drug cocktail allows physicians to choose other different drug combinations to get around viral resistance.

15. What are some prophylactic measures against HIV infection?

The main prophylactic measures against HIV infection are: the use of condoms in sexual relations, not sharing syringes and needles, the careful handling of contaminated medical and nosocomial material, and up-to-date information about the virus and its mode of transmission.

Now that you have finished studying AIDS, these are your options: