The Dual Life of Amphibians

1. Which chordate class is considered evidence of the transition of vertebrates from an aquatic environment to dry land?

Amphibians are totally aquatic during their larval stage and partially terrestrial animals as adults. Because of this, they are considered intermediate organisms in the evolutionary passage of vertebrates from an aquatic to dry land. Amphibians are also the first tetrapod animals; that is, the first with two pairs of limbs, a typical feature of terrestrial vertebrates. The name “amphibian” comes from the double life (aquatic as larvae and partially terrestrial as adults) of these animals. 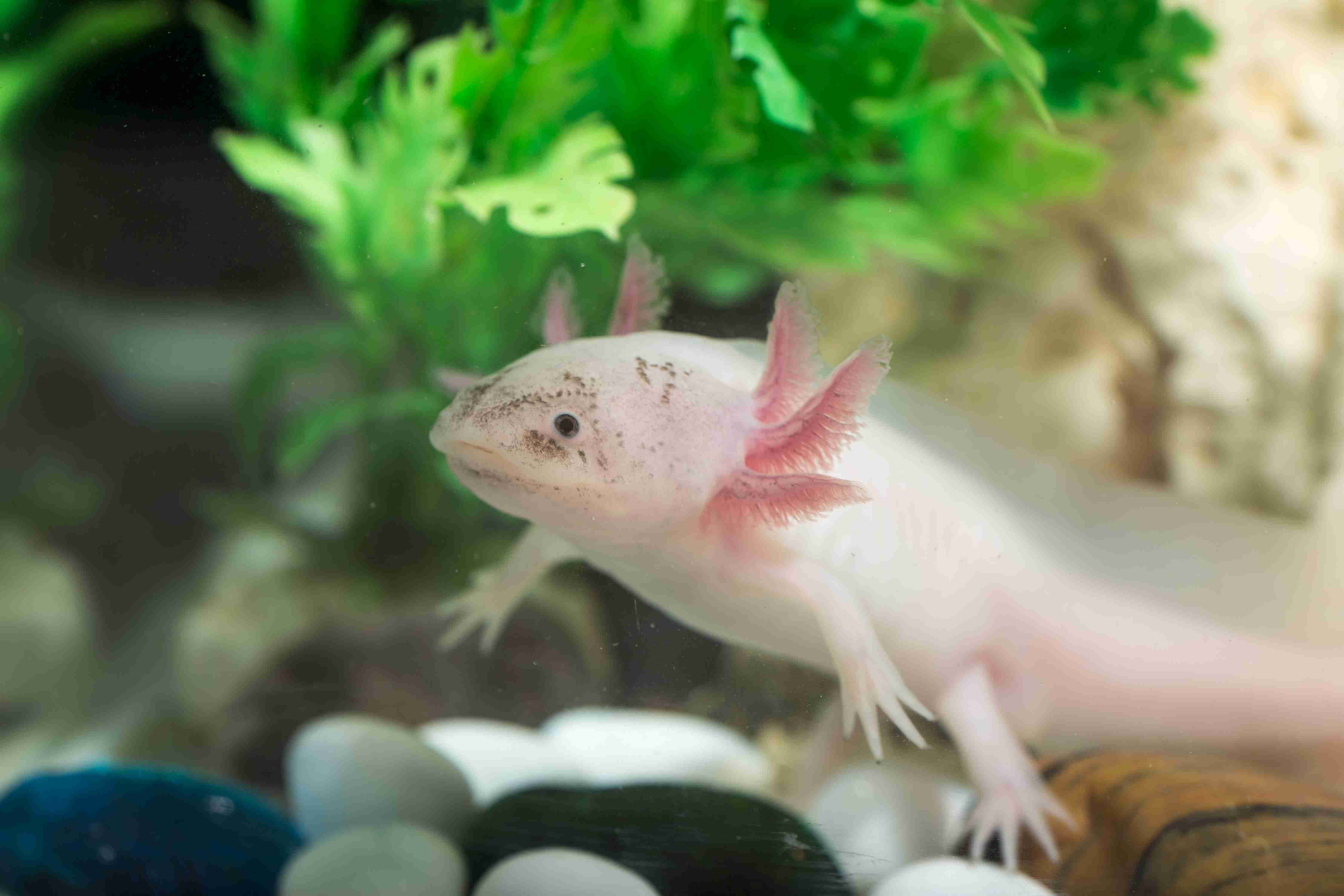 2. What features of amphibians make them dependent on water to survive?

Permeable skin, a body subject to dehydration, external fertilization, eggs without shells and a larval stage with branchial respiration are features of amphibians that make them dependent on water to survive.

3. Do amphibians have direct development?

In amphibians, embryonic development is indirect (there is a larval stage).

4. How different is the respiration of fish from that of adult amphibians?

Among fish, gas exchange is carried out via the direct contact of water with the branchiae (gills). Gases enter and exit circulation through the gills.

In adult amphibians, gas exchange is carried out through their moist and permeable skin (cutaneous respiration) as well as through the lungs, a set of tiny airway terminations attached to highly vascularized tissue specialized in gas exchange.

The axolotl is an exotic amphibian found in Mexico that lives in water and “breathes” through gills even as an adult.

5. How is respiration carried out by the larvae of amphibians?

Amphibian larvae use exclusively branchial respiration. This is one of the reasons why they depend on water to survive.

6. How different is the heart of amphibians from that of fish?

The fish heart only has two chambers, an atrium and a ventricle, and the blood that comes to it is purely venous.

7. How is excretion carried out in amphibians?

Adult amphibians have kidneys that filter blood. Nitrogen waste is excreted as urea (therefore, amphibians are ureotelic organisms). Their larvae are aquatic and excrete ammonia.

8. Is fertilization in amphibians external or internal? Regarding this aspect, are amphibians evolutionarily closer to fish or to reptiles?

In the majority of species of amphibians, fertilization is external. This is also common among bony fishes and shows that the reproductive system and embryonic development of amphibians have been inherited from osteichthyes.

The Adaptation of Amphibians to the Terrestrial Environment

9. Why is the presence of eyelids in amphibians compared to their absence in fish an adaptation to terrestrial life?

Eyelids attached to lacrimal glands protect and keep eyes lubricated against damage from the excessive light of terrestrial environments. Fish do not have eyelids because their eyes are in constant contact with water.

10. Given that they came from an aquatic habitat, what problems did vertebrates need to solve to adapt to a terrestrial environment? How has evolution solved these problems?

The main problems that vertebrates from an aquatic environment needed to solve to adapt to a terrestrial environment were the following: avoiding dehydration; eliminating waste in an environment where water is less available; protecting themselves against harmful solar radiation; the problem of gamete movement in the fertilization environment; the problem of gas exchange, which was previously carried out via the direct contact of water with gills; and the problem of supporting their body, since water played this role in fish.

A Summary of Amphibians

11. The main features of amphibians. How can amphibians be described according to examples of representative species, basic morphology, skin, respiration, circulation, nitrogen waste, thermal control and types of reproduction?

Now that you have finished studying Amphibians, these are your options: