1. What are some examples of annelids?

Earthworms, leeches and lugworms are all examples of annelids. 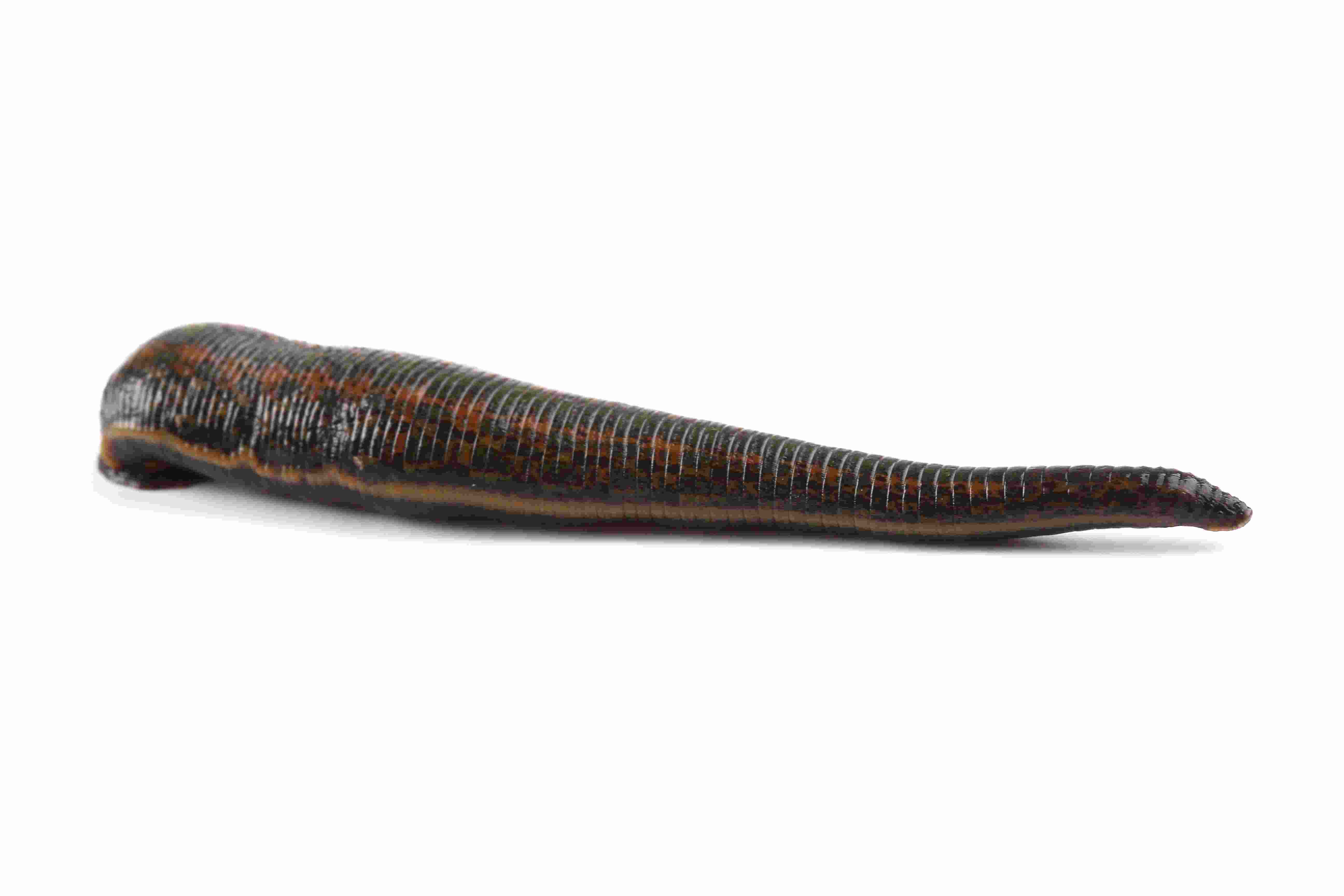 2. Which morphological features differentiate the members of the phylum Annelida from nematodes and platyhelminthes?

3. What is the key innovation in annelids?

Another important evolutionary innovation in annelids is their closed circulatory system.

4. What morphological characteristic suggests proximity between organisms of the phylum Annelida and arthropods?

The segmentation of the body of annelids into metameres makes annelids close to arthropods, since they are also segmented organisms. (Furthermore, bristles present in oligochaete and polychaete annelids are covered with chitin, the same substance that composes the exoskeleton of arthropods.)

5. How does digestion in organisms of the phylum Annelida take place? What type of digestive system do they have?

Digestion in organisms of the phylum Annelida is extracellular. These animals have a complete digestive system, with a mouth and anus.

6. Which features and organs of the digestive system of earthworms are related to their diet?

Earthworms eat decomposing organic material and small organisms ingested together with soil particles. The digestive tract of earthworms has special structures, including a muscular wall and a gizzard, which triturate the food and scratch it against the ingested soil particles. Since annelid digestion is exclusively extracellular, at the end of their digestive system, earthworms also contain structures such as the cecum and the typhlosole, which have the function of increasing the absorption surface of the intestine.

7. The vascular lesions caused by leeches on the blood vessels of their host cause blood to coagulate naturally. How does the leech solve the problem of the ingested blood potentially coagulating inside its body?

Ingested blood does not coagulate inside the leech (Hirudo medicinalis) because a potent anticoagulant substance is contained in its saliva. This substance is a protein called hirudin.

In the past, leeches were commonly used as a medical treatment. Nowadays, hirudotherapy is used in patients with extensive and chronic inflammation of the skin, as a prevention for tissue necrosis after some surgeries and in several others fields of medicine.

8. How is the respiratory system of species of the phylum Annelida characterized?

Respiration in annelids can be cutaneous or branchial. Cutaneous respiration occurs through the large amount of veins under the epidermis. Gills are present in aquatic annelids are located in the parapodia (false claws), which have an extensive network of capillaries.

9. What is meant when it is said that organisms of the phylum Annelida are vascular organisms? From which other phyla of the animal kingdom does this feature differentiate them?

The classification of these organisms as vascular means that they have a circulatory system with vessels that distribute substances throughout the body.

Poriferans, cnidarians and flatworms do not have a circulatory system. In nematodes, the circulation of gases and nutrients through the pseudocoelom fluid takes place.

10. How are the circulatory systems of animals classified?

11. What type of circulatory system is present in annelids?

In organisms of the phylum Annelida, the circulatory system is closed, meaning that blood circulation takes place only within specialized vessels.

The blood in organisms of the phylum Annelida contains the respiratory pigment hemoglobin (the same one found in chordates) as well as other pigments.

13. How can the presence, location and function of muscle tissue in organisms of the phylum Annelida be explained?

These organisms contain a longitudinal muscle layer under the epidermis and, internally juxtaposed and perpendicular to it, another circular (radial to the axis) muscle layer. The circular muscle layer has the function of elongating the body while the longitudinal one shortens it. By alternating contractions, both promote movement.

14. How can the excretory system of annelids be described?

In each segment (metamere) of the organism, a pair of complete excretory structures called the metanephridium exists. The metanephridium has an extremity, the nephrostoma, which collects waste from the coelom, filtering it and causing reabsorption along its extension (similar to human nephron tubules). The material to be excreted goes out through a pore, the nephridiopore, which opens to the surface of the body.

Annelids have a nervous system made of two ventral cords and one relatively large nervous cell concentration at its anterior portion, which resembles a primitive brain.

Nematodes have an anterior neural ring connected to two neural cords, a ventral and a dorsal one, whereas in planaria (platyhelminthes) there are only two small anterior “cerebral” ganglia from which neural cords split. Therefore, cephalization in annelids is greater than in nematodes or in flatworms.

16. What is the clitellum of earthworms and where it is located?

The clitellum is a special region of the annelid made up of rings (metameres) with a reproductive function. It can be found in the anterior portion of the animal and is distinguished by a lighter color in comparison to the normal color of the other segments.

17. In terms of the occurrence of separate sexes, how can organisms of the phylum Annelida classified?

These organisms may be dioecious (the majority of polychaetes) or hermaphrodite monoecious (oligochaetes and hirudineans).

18. Is embryonic development in earthworms direct or indirect?

In earthworms, there is no larval stage, so embryonic development is direct.

19. What is the name of the larval stage of polychaetes?

Among the classes of annelids, only polychaetes have a larval stage. Their larva is called trocophore.

20. Into which classes is the phylum Annelida divided?

The phylum Annelida is divided into three classes: oligochaetes (for example, earthworms), hirudineans (such as leeches) and polychaetes (these are mostly marine aquatic organisms with parapodia, such as nereis).

21. What is the ecological role of earthworms?

Earthworms have an important ecological role, as they eat decomposing organic material. They also dig tunnels in the subsoil, allowing the entrance of gases and nutrients that are useful for plant roots and other living organisms. Therefore, they play the role as decomposers and fertilizers.

22. The main features of annelids. How can they be described according to examples of representative species, basic morphology, type of symmetry, germ layers and coelom, digestive system, respiratory system, circulatory system, excretory system, nervous system and types of reproduction?

Now that you have finished studying Annelids, these are your options: