Understand How Hearing Works in 9 Q&As

1. What structures are involved in the human auditory system?

The structures of the human auditory system are the ears (outer, middle and inner), the vestibulocochlear nerves and the auditory areas of the brain (located in the temporal lobes of both hemispheres). 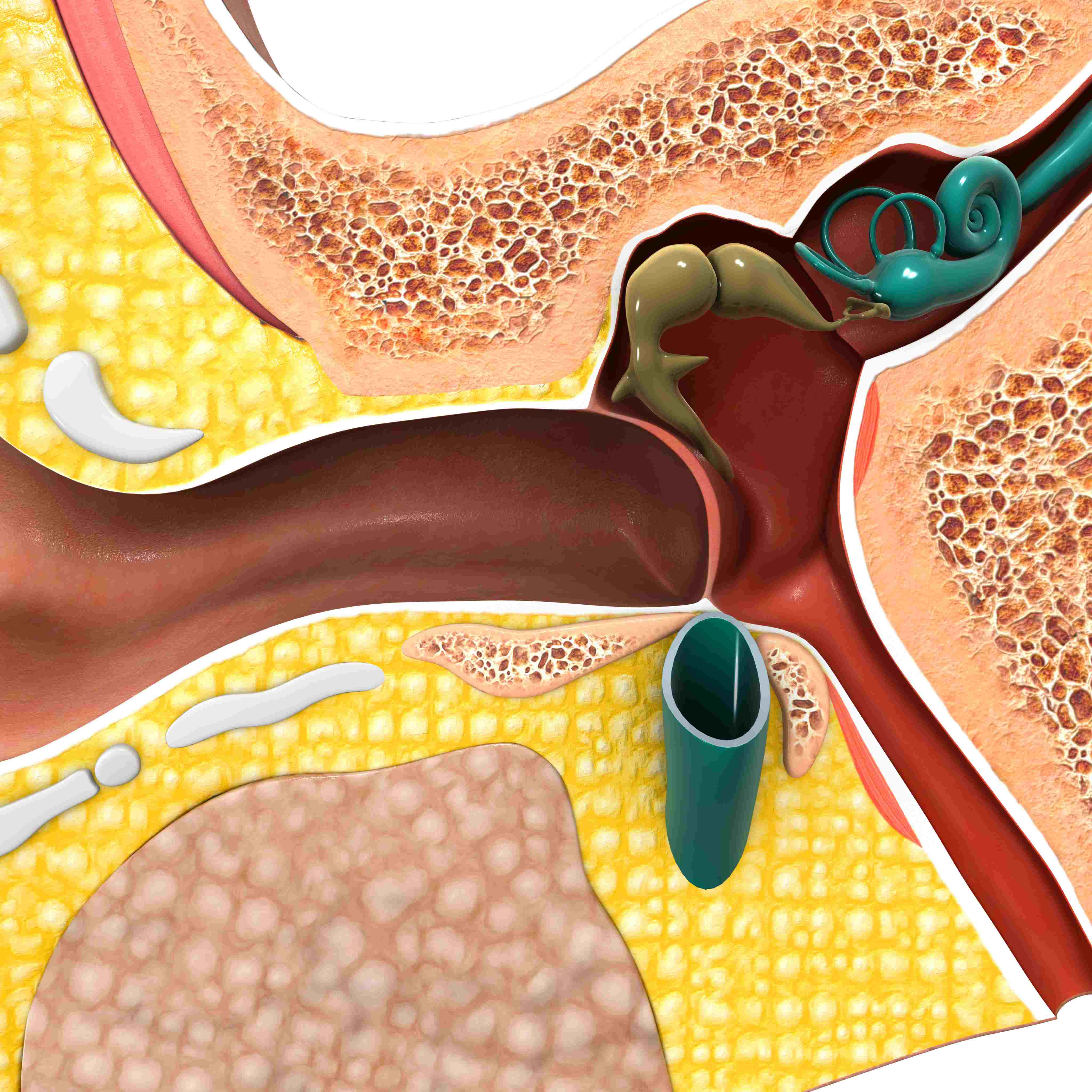 The Parts of the Human Ear

2. What are the main parts of the human ear?

The human ear is divided into three mains parts: the outer ear, the middle ear and the inner ear.

3. What structures form the outer ear? What is its function?

The outer ear consists of the pinna, or auricle, and the auditory canal. Its function is to transmit sound waves to the tympanum.

4. What elements form the middle ear? What are the names of the three middle ear ossicles that are involved in phonosensitivity?

The middle ear is made up of the tympanum, the ossicular chain and the oval window. The functional ossicles of the middle ear are the hammer (malleus), the incus and the stapes.

5. What is the tympanum? In which part of the ear is it located and what is its function?

The tympanum (or eardrum) is a membrane located in the middle ear just after the auditory canal, which separates the middle ear from the outer ear. The function of the tympanum is to vibrate with the same frequency of the sound waves that reach it.

6. How are vibrations captured by the tympanum transmitted through the ossicular chain of the middle ear?

7. Why do you feel a change in pressure inside your ear when you go down a mountain?

8. What elements make up the inner ear? What are the functions of those structures?

9. What is the vestibular system? How does it operate?

The vestibular system is the part of the ear that participates in the control and regulation of the equilibrium of the body (balance).

The semicircular canals of the inner ear are placed perpendicularly and detect changes in the gravitational position of the head (this is another sensorial function of the inner ear, besides auditory perception). When the head rotates the pressure of the fluid within the canals upon the cilia of specific receptor cells varies and these cells generate action potentials transmitted by the vestibulocochlear nerve. The neural impulse is then interpreted by the brain as information on the gravitational position of the head.

Now that you have finished studying Auditory System, these are your options: