17 Ways Bacteria Are Easy to Understand

Bacteria are prokaryotic and unicellular organisms. Bacteria have a simple organization; they contain an external cell wall, a plasma membrane, circular DNA within the cytoplasm and ribosomes for protein synthesis. Some bacteria are encapsulated, meaning that they have a polysaccharide capsule outside their cell wall. 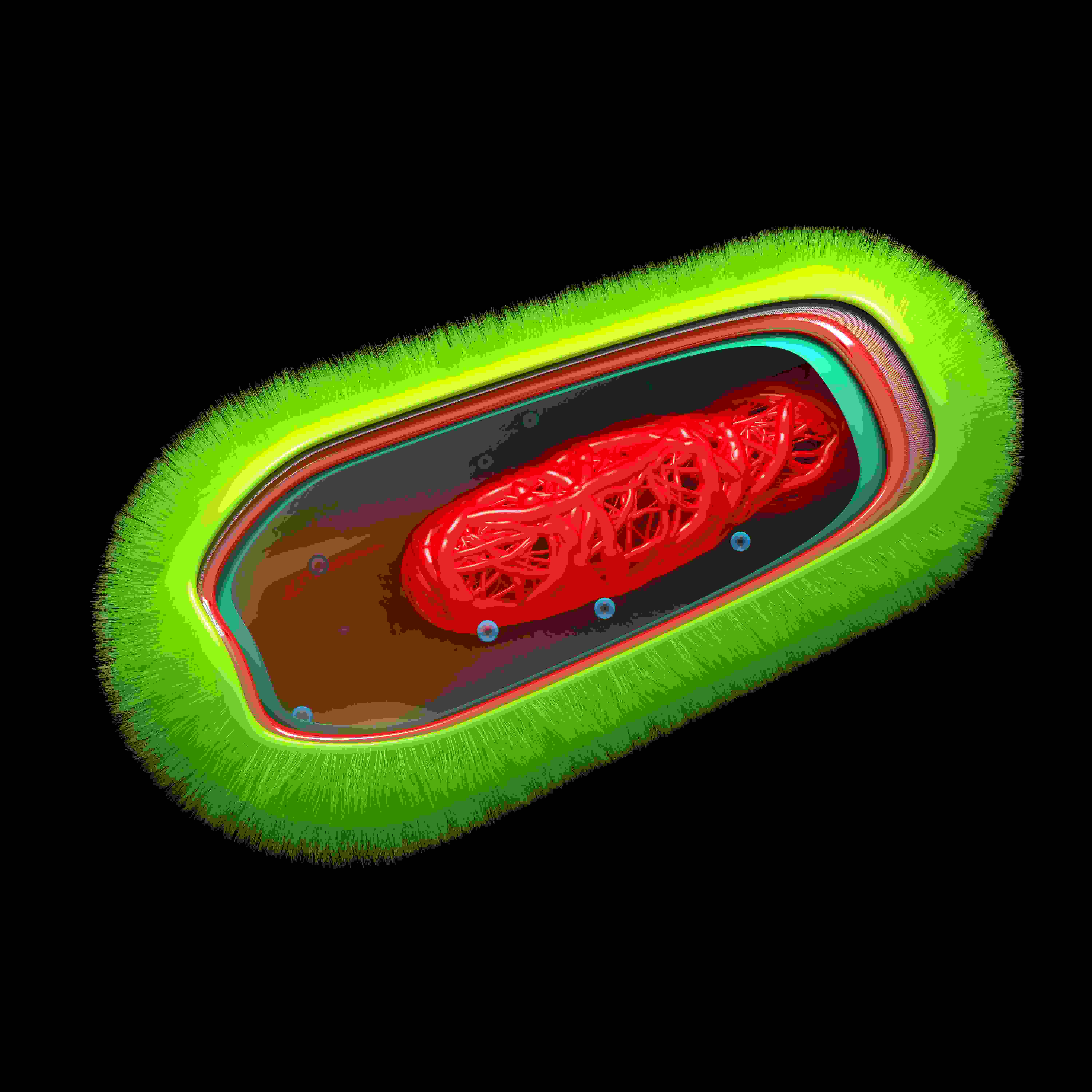 2. Are bacteria the only prokaryotic organisms?

Prokaryotic organisms are classified into two main groups: archaebacteria and bacteria (the latter is also known as eubacteria).

Compared to bacteria, archaebacteria present basic differences, such as the chemical composition of their plasma membrane and cell wall and different enzymes related to DNA and RNA metabolism.

3. What are halophilic, thermoacidophilic and methanogen archaebacteria?

4. What are the main ecological roles of bacteria?

Bacteria are responsible for the decomposition process at the end of food chains and food webs. In this process, they also release useful gases and nutrients for other living organism. Bacteria that live within the digestive tracts of ruminants and some insects digest cellulose for these animals. Some bacteria also participate in the nitrogen cycle, carrying out the fixation of nitrogen, nitrification and denitrification, almost always in a mutualistic ecological interaction with plants. Bacteria present within living organisms, such as those that live inside the bowels, compete with other pathogenic bacteria, therefore helping to control the population of noxious agents. There are also bacteria that cause diseases and bacteria used in the production of medical drugs.

The excessive Growth or mass destruction of bacteria can impact entire ecosystems. For example, when a river is polluted by organic material, the population of aerobic bacteria increases since the organic material is food for them. This large number of bacteria then exhausts the oxygen dissolved in the water and other aerobic organisms (like fish) experience mass death.

5. What are examples of human diseases caused by bacteria?

6. What are some industrial processes that use bacteria?

Bacteria are used by industry in various ways. Some vaccines are made of attenuated pathogenic bacteria or antigens present in bacteria. One of the most ancient uses of bacteria is the fermentation of milk to produce yogurt, cheese and curds (even before people knew of the existence of bacteria, these microorganisms were already used to make those products). Some methods of antibiotic production involve bacteria. Recombinant DNA technology (genetic engineering) allows the industrial production and commercialization of human proteins, such as insulin for diabetics, which is synthesized by mutant bacteria. Some bacteria can produce fuel, like methane gas.

7. What are some mechanisms by which pathogenic bacteria cause diseases? Why is this knowledge important?

Pathogenic bacteria have characteristics known as virulence factors, which help them to parasite their hosts. Some bacteria have fimbriae, cilium-like structures that hook the bacterial cell onto the host tissue. Some bacteria are specialized in intracellular parasitism. Others secrete toxins, molecules that cause disease. In some cases, bacterial population growth causes food poisoning by toxins. Generally, bacterial disease is caused by bacterial population growth resulting in the invasion and destruction of tissues or by bacterial toxins that contaminate an organism.

8. In which environments do bacteria live?

Bacteria can be found in various environments all over the planet. There are bacteria in the air, in fresh water, on the surface, in the intermediate depth and on the bottom of the sea, in soil, on our skin and practically in all environments on the planet in which air circulates freely. Some bacteria can be found in volcanic craters under extremely high temperatures.

The Classification of Bacteria

9. How are bacteria classified according to the production of organic material for their energetic metabolism?

10. How are bacteria classified according to their need for oxygen?

11. What is meant when it is said that a bacterium is an obligate anaerobe?

Obligate anaerobes are living organisms that do not survive in the presence of oxygen. For example, the bacteria Clostridium tetani, the agent of tetanus, is an obligate anaerobe.

In superficial wounds, it is common to use hydrogen peroxide to expose anaerobic microorganisms to oxygen to kill them.

12. According to their morphology, how are bacteria classified?

Bacteria come in different shapes. A bacterium can be classified as coccus, bacillus, vibrion or spirochete.

13. What is the main component of the cell wall of bacteria?

The bacterial cell wall is made of peptidoglycans.

14. Which intracellular organelles are present in bacteria?

15. What are plasmids? What is the importance of plasmids for recombinant DNA technology?

Plasmids are circular fragments of DNA that are accessories to the main bacterial DNA. Plasmids are important for genetic engineering because genes from other organisms are inserted into them to produce recombinant organisms, such as mutant bacteria. These bacteria are made to produce useful proteins for humans on an industrial scale, for example.

16. How do bacteria reproduce?

Bacteria reproduce through binary fission (scissiparity). However, some bacteria use types of sexual reproduction (transformation, transduction or conjugation) with a combination of genetic material from different specimens.

Now that you have finished studying Bacteria, these are your options: