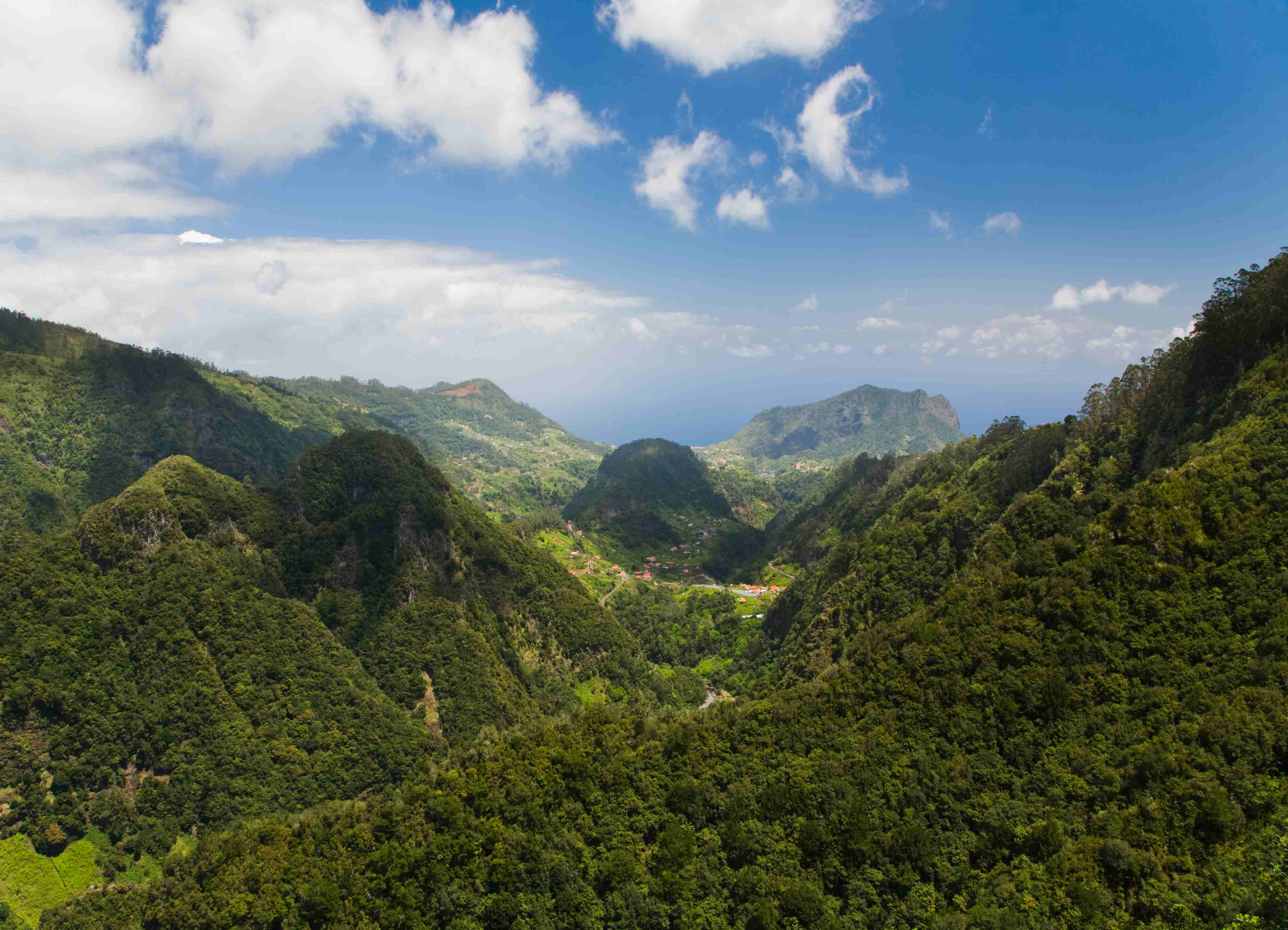 2. How does biological diversity relate to the characteristics of the abiotic factors of an ecosystem?

The availability of abiotic factors such as light, moisture, mineral salts, heat and carbon dioxide, more or less conditions the biodiversity of an ecosystem. Photosynthesis depends on water and light, and plants also need mineral salts, carbon dioxide and adequate temperature for their cells to work. In environments where these factors are not restrictive, the synthesis of organic material (by photosynthesis) is at a maximum, plants and algae can reproduce easier, the population of these organisms increases, potential ecological niches multiply and new species emerge. The large mass of producers makes the appearance of a diversity of consumers of several orders possible. In environments with restrictive abiotic factors, such as deserts, producers exist in small numbers and have less diversity, a feature that is extended to consumers and causes fewer ecological niches to be explored.

3. How does the vegetal stratification of an ecosystem influence its biological diversity?

The vegetal stratification of an ecosystem, such as the strata of the Amazon Rainforest, creates vertical layers with particular abiotic and biotic factors, dividing the ecosystem into several different environments. Therefore, in the upper layer near the canopies of large trees, the exposure to light, rain and wind is greater, whereas moisture is lower compared to the lower layers. As you go down the strata, the penetration of light diminishes and moisture increases. Regarding  biotic factors, communities of each stratum present different compositions and features, food habits, reproduction strategies, etc. Such variations in abiotic and biotic factors put selective pressure on living organisms, causing them to be diversified; as result, there are more ecological niches to be explored and more varied organisms emerge during the evolutionary process.

4. Despite having a large amount of biodiversity, why is the Amazon Rainforest facing the risk of desertification?

The natural soil of the Amazon Rainforest is not very fertile but it is enriched by the vegetal covering made of leaves and branches that fall from the trees. Deforestation reduces this enrichment. In deforestation zones, the rain falls directly on the ground causing erosion, “washing” away large areas (leaching) and contributing to making the soil even less fertile. In addition to that, deforestation prevents the recycling of essential nutrients for plants, such as nitrogen. In this manner, those regions and their neighboring regions undergo desertification.

The Evolutionary Importance of Biodiversity

5. How can a large amount of biological diversity protect an ecosystem from environmental damage? Why are less biodiverse ecosystems at risk of suffering serious biological harm if subject to even small changes?

In ecosystems with more biodiversity, the food webs and ecological interactions among living organisms are more complex and diverse. In these ecosystems, environmental changes can be more easily compensated for the large amount of available resources, food and survival options.

In ecosystems with less biodiversity, individuals are more dependent on certain organisms that serve as food and interact with a small number of different species. In these ecosystems, abiotic factors are generally restrictive and species are more specialized for such conditions and, as result, more sensitive to environmental changes. Therefore, even small-scale environmental damage can cause big disturbances in the equilibrium of the ecosystem.

6. Is monoculture a system that contributes to the biological diversity of an ecosystem?

Monoculture is when a single crop (only one species of plant) is cultivated over a large area. Therefore, monoculture does not contribute to the formation of a community with a large variety of species in the area. Since there is only a single type of producer, the types of consumers that can live in the area are also restricted.

The Economic Importance of Biodiversity

7. What are some economic applications that can be generated by very biodiverse ecosystems?

Very biodiverse areas present enormous economic potential. They can be a source of raw material for the research and production of medicines, cosmetics, chemical products and food. They are depositories of genetic wealth that can be explored by biotechnology. They are sources of species for agriculture. They can also be explored by ecological tourism.

8. What are the main causes of the loss of biological diversity nowadays?

The biggest dangers to biological diversity today are the action of humans. The main one of them is the destruction of habitats, caused by the growth of the cities, deforestation, pollution and fires. The second is the invasion of ecosystems by non-native species introduced by humans; these species change the equilibrium of ecosystems, causing harm. Other big dangers are predatory hunting and fishing and global warming.

Now that you have finished studying Biodiversity, these are your options: