The Biomes of the World Easily Explained

A biome is a prevailing ecosystem composed of similar biotic and abiotic factors present in one or more regions of the planet. 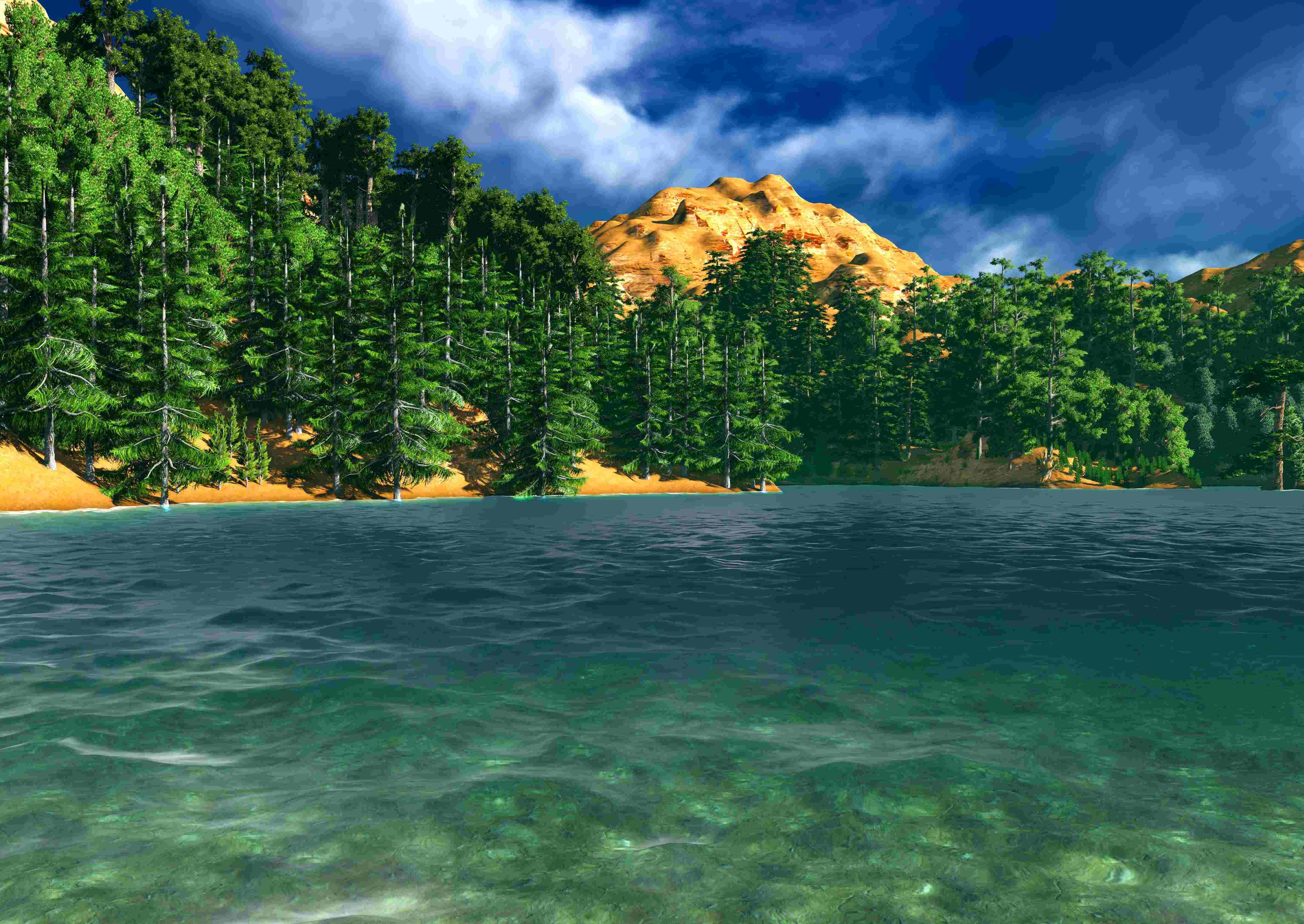 2. What are the major terrestrial biomes?

3. What is the typical vegetation and typical fauna of the tundra?

Tundra has vegetation formed mainly of mosses and lichens. Among fauna, animals with a large amount of fur, such as caribou, musk oxen and polar bears, as well as migratory birds, are found.

4. What is the typical vegetation and typical fauna of the taiga?

Taiga, or boreal forest, is characterized by coniferous trees, which form pine forests. It also contains mosses, lichens, small bushes and angiosperms. In the taiga, many mammals, such as moose, wolves, foxes and rodents, migratory birds and a large diversity of insects are found.

5. What is the typical vegetation and typical fauna of temperate forests?

In temperate forests, deciduous trees predominate. Mammals are found in large numbers, such as bears and deer.

6. What are deciduous trees?

Deciduous trees are plants that lose their leaves during a period of the year. In the case of the deciduous trees of the temperate forest, their leaves fall in the autumn (fall). The loss of leaves is a preparation to face the cold months of the winter: their roots, trunk and branches are more resistant to low temperatures and snow than the leaves; and without leaves, the metabolic rate of the plant is reduced. In turn, the decaying fallen leaves help to nourish the soil.

7. What is the typical location of tropical forests regarding latitude?

Tropical rain forests, such as the Amazon Rainforest and the Congo Rainforest, are typically located at low latitudes, in equatorial and tropical zones.

8. What is the typical vegetation and typical fauna of tropical forests?

In the vegetation of  tropical forests, broadleaf evergreen trees predominate. On the top of the trees epiphytes and lianas grow. Many varieties of pteridophytes can be found in these forests. Regarding fauna, the abundance and diversity is also great: there are monkeys, rodents, bats, insectivores, felines, reptiles, birds, amphibians and invertebrates, which are mainly insects.

9. How can the abundance and diversity of living organisms in tropical forests be explained?

The biodiversity of these ecosystems can be explained by the great availability of the main abiotic factors for photosynthesis. Since these factors are abundant, plants can perform maximum photosynthetic activity, living and reproducing easily. With a large amount and diversity of producers (autotrophs), the consumers (heterotrophic animals and microorganisms) also have abundant food and a complex food web emerges, creating many different ecological niches to be explored. Therefore, the appearance of varied living organisms as well as the existence of large populations is possible.

10. Why are tropical forests also known as stratified forests?

In tropical forests, tall trees of several species have canopies, forming an upper layer under which diverse other trees and plants develop, forming other lower layers. From the upper layer to the lower layers, the penetration of light lowers gradually and the exposure to wind and rain, the moisture and the temperature also vary. Different compositions of abiotic factors condition the prevalence of different vegetation in each layer.

11. What is the typical vegetation of grasslands?

12. What are the grasslands of North America and of South America respectively called?

13. How are grasslands classified?

Grasslands may be classified into steppes and savannahs. In steppes, the prevailing vegetation is grass, such as in the pampas of South America and in the prairies of North America. Their fauna is mainly composed of herbivores, such as rodents and ungulates. Savannahs contain small trees, such as in the Brazilian cerrado or the African savannahs. The fauna is diverse; the Brazilian cerrado contains animals such as ostriches, lizards, armadillos, jaguars, etc., as well as many types of insects; the African savannahs are home to large herbivores and carnivores, such as zebras, giraffes, antelopes, lions and leopards.

14. What is the typical vegetation and typical fauna of deserts?

The predominant fauna of desert ecosystems is composed of reptiles, such as lizards and snakes, terrestrial arthropods and small rodents. In these areas, plants very adapted to a dry climate may be found, such as cacti, which are plants that do not have real leaves and therefore lose less water, along with grasses and bushes near places where water is available.

15. Which terrestrial vertebrate group is extremely rare in deserts?

Amphibians are terrestrial vertebrates extremely rare in desert environments (although there are a few species adapted to this type of ecosystem). Amphibians are rare in deserts because they have a permeable skin and, as a result, they easily lose water by evaporation and dehydrate. They also need an aquatic environment to reproduce, since their fertilization is external and their larva is water-dependent.

16. What are plankton, nekton and benthos?

Plankton, nekton and benthos are the three groups into which aquatic living organisms can be divided.

Plankton is formed by algae and small animals that float near the surface of water and which are carried by the stream. Nekton is composed of animals that actively swim and dive in water, such as fish, turtles, whales, sharks, etc. Benthos comprises the animals ecologically linked to the sea floor, including many echinoderms, benthic (demersal) fish, crustaceans, molluscs, poriferans and annelids.

17. What are  phytoplankton and zooplankton?

18. What group of aquatic organisms is composed of a large number of photosynthetic organisms?

Many photosynthetic organisms are found in plankton,on the surface of aquatic ecosystems. This is because light is abundant on the surface.

Now that you have finished studying Biomes, these are your options: