18 Questions on the Function of the Cell Nucleus

1. What are cells with an enclosed nucleus called? What are the main elements of the nucleus?

The mains elements of the nucleus are chromatin (made of DNA molecules), the nucleolus, the karyolymph, or nucleoplasm, and the nuclear membrane (or karyotheca). 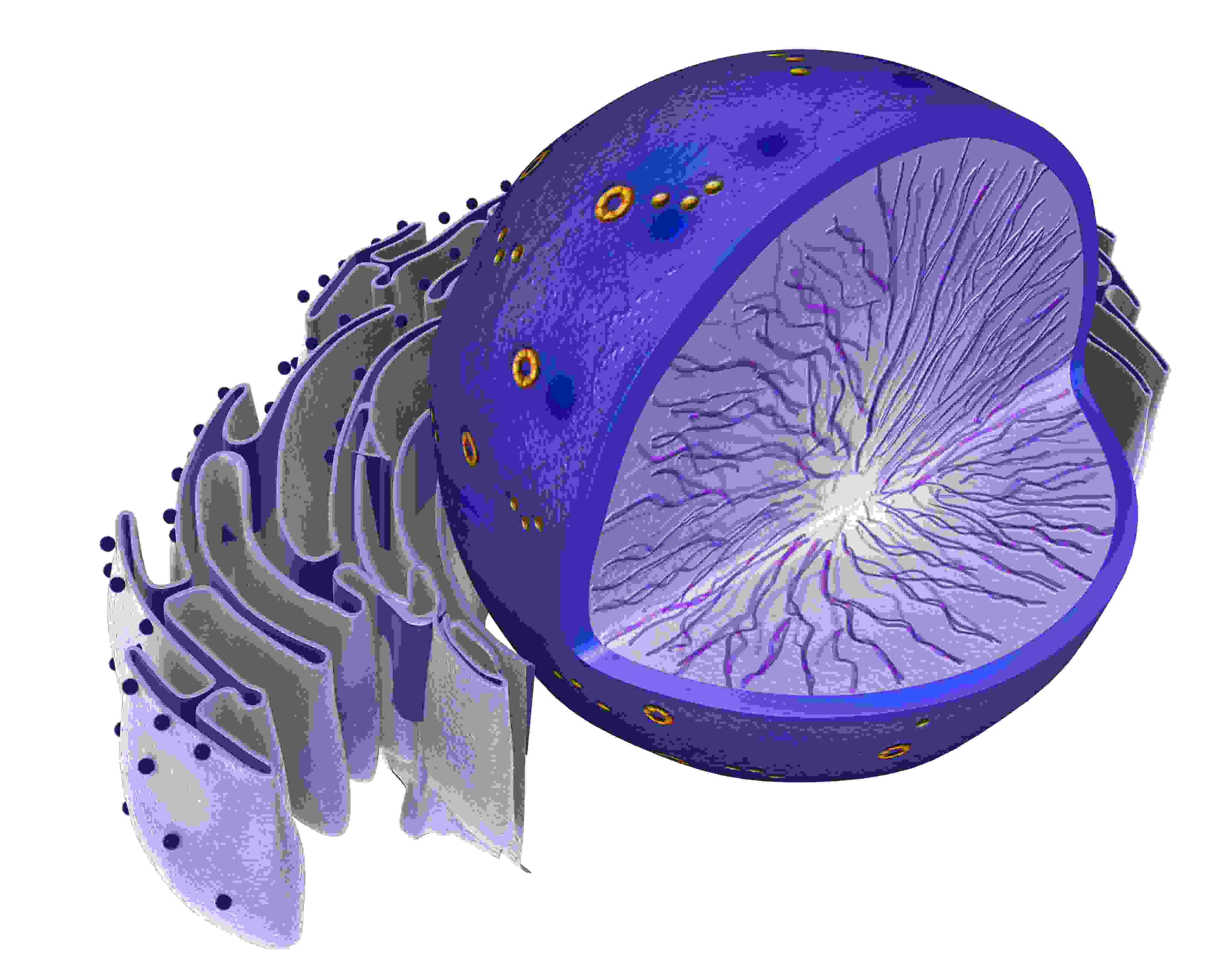 2. Do all eukaryotic cells have only one nucleus?

Some eukaryotic cells do not contain a nucleus and others contain more than one. For example, osteoclasts, the cells responsible for resorption of bone matrix, are multinucleate cells, meaning they have more than one nucleus. Striated muscle fibers are also multinucleate. Red blood cells are an example of enucleated (no nucleus) specialized cells.

3. What substances is chromatin made of?

Chromatin is made of DNA molecules bound to proteins called histones.

4. What are heterochromatin and euchromatin?

Chromatin is uncondensed nuclear DNA, the typical DNA morphology during interphase (the phase of the cell cycle in which the cell does not divide). During this phase of the cell cycle, which is the chromatin can be found as heterochromatin, more condensed portion of DNA molecules and which appears darker under electron microscopy, and as euchromatin, which is less condensed and composes the lighter portions of DNA molecules.

Since it is less condensed, euchromatin is the biologically active part of the DNA, that is, the region that contains active genes to transcribe into RNA. Heterochromatin makes up the inactive portions of the DNA molecule.

6. During the phase when the cell is not dividing (interphase), is there activity within the cell nucleus?

During interphase, there is intense metabolic activity in the cell nucleus: DNA is duplicating, euchromatin is being transcripted and RNA is produced.

7. How are the concepts of chromosomes, chromatin and chromatids related? During which phase of the cell cycle does DNA replicate?

Chromatin is a set of filamentous DNA molecules dispersed in the karyoplasm, made up of euchromatin and heterochromatin portions. Each chromatin filament is a complete chromosome (a DNA molecule, or double helix). The chromatin of the human somatic cell is formed by 46 DNA molecules (22 homologous chromosomes and 1 pair of sex chromosomes).

During interphase, the cell prepares itself for division and the duplication of DNA molecules occurs. The duplication of every DNA molecule forms two identical DNA double helices bound by a structure called the centromere. During this phase, each identical chromosome of these pairs is called a chromatid. It is also during interphase that chromatids begin to condense, taking on the thicker and shorter shape typical of chromosome illustrations. Therefore, the phase of the cell cycle during which DNA duplicates is interphase.

8. What structure maintains the binding of identical chromatids?

The structure that maintains the binding of identical chromatids is the centromere.

9. What is the name given to region of the chromosome where the centromere is located? How are chromosomes classified in relation to the position of their centromere?

The region of the chromosome where the centromere is located is called primary constriction. Under a microscopic view, this region is narrower (a stricture) than most parts of the chromosome.

Depending on the position of the primary constriction, chromosomes are classified as telocentric, acrocentric, submetacentric or metacentric.

12. What is the difference between karyotype and a genome?

13. Can two normal individuals of the same species with sexual reproduction have identical genomes and identical karyotypes? How is the human karyotype usually represented?

Sex chromosomes take their name from the fact that they have genes that determine the sex (male or female) of an individual. Sex chromosomes also contain genes related to other biological functions.

16. Do phylogenetically close species have cells with similar chromosome counts?

The number of chromosomes typical of each species is similar for phylogenetically close species (for example, orangutans, gorillas, chimpanzees and humans). However, it is not impossible for evolutionarily distant species, such as rats and oats, to have similar karyotypes and the same total number of chromosomes.

Even if they present equal number of chromosomes, evolutionarily distant species have radically different characteristics, since the quantity and the sequence of nucleotides that make up their DNA molecules are quite different.

The Nucleolus and the Nuclear Membrane

The nucleolus is a small and optically dense region in the interior of the cell nucleus. It is made of ribosomic RNA (rRNA) and proteins. One nucleus can have one or more nucleolus.

18. What structures make up the nuclear membrane?

Eukaryotic cells have a nucleus that is enclosed by two juxtaposed membranes that are a continuation of the membrane of the endoplasmic reticulum. The nuclear membrane, or karyotheca, contains pores through which substances pass. In addition, its external surface contains ribosomes.

Now that you have finished studying Cell Nucleus, these are your options: