The Theory of Evolution

The Origin of the Diversity of Life

1. What is the problem that the theory of evolution and its rival theories try to solve?

The problem that the theory of evolution, or simply evolution, and its rival theories try to solve is explaining how the different living organisms on earth appeared. 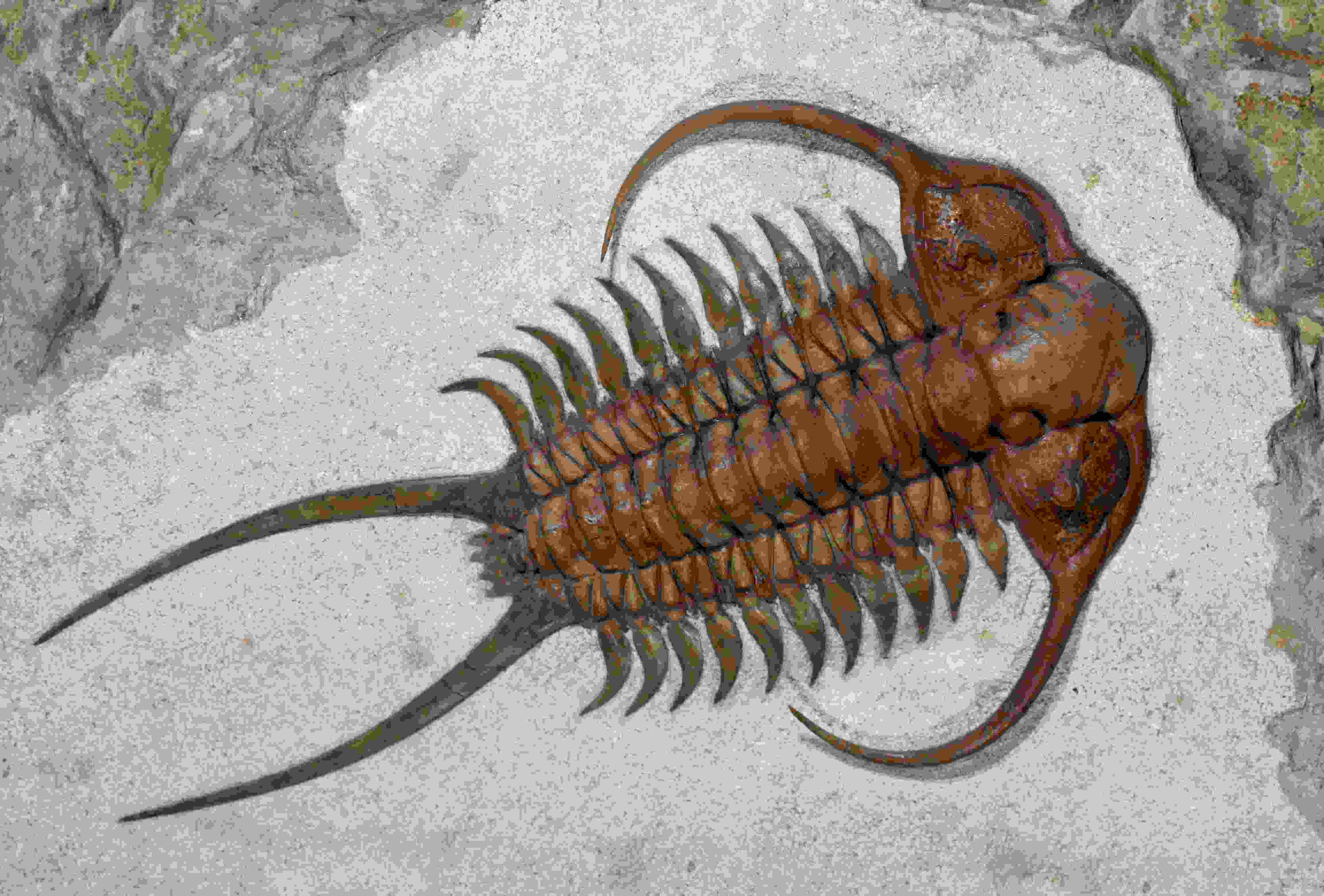 2. What is the main theory opposed to evolution?

The main theory that opposes the theory of evolution on the explanation of how species emerged (phylogenesis) is fixism.

Fixism is a theory about the diversity of life on earth which claims that the current species in existence were identical to species in the past and that these emerged already adapted to the environment without undergoing changes.

Fixism opposes evolutionism since evolutionism is the idea that current species emerged from gradual transformations undergone by ancestral and extinct species.

The religious version of fixism is called creationism. Many different forms of creationism are found in the mythology of various religions. Modern religious interpretations teach creationism as metaphorical wisdom and not in opposition to evolutionism.

Furthermore, it is possible to make evolution compatible with creationism by considering that God in His perfection would not create a world so full of imperfections and suffering like our world. It is possible to maintain creationist beliefs by thinking that the world God created is another much better world or, at least, not the one that we see, while admitting that the imperfection of life that we see has emerged through evolution.

4. In the scientific competition against fixism, what are the main arguments that favor evolutionism?

The main arguments in favor of evolutionism are: paleontological, such as the study of similarities among fossils from different periods; those based on comparative anatomy, such as the existence of residual organs or other structures with same origin and function, such as the human appendix, that reveal relationships among species; those of comparative embryology, such as the similarities between structures and developmental processes among embryos of related species; and those based on molecular biology, which shows the existence of a large percentage of similar nucleotide sequences in the DNA of species with common ancestors.

Fossils are the petrified remains of organisms that lived in the past, which are conserved by chemical and geological processes and which are found within rocks and sedimentary strata of the earth's crust.

6. How does the study of fossils strengthen the theory of evolution?

The study of fossils reveals ancient and extinct species with many structures similar to those of others of the present and of the past. Fossils allow radioactive dating to estimate the periods during which species lived and to establish a chronological relationship between them. This evidence strengthens the hypothesis of the relationship between and common origin of species and that their features have modified gradually until the formation of the current species.

7. Historically, what were the two main evolutionary theories?

The two main evolutionary theories were Lamarckism and Darwinism.

According to the law of use and disuse, the characteristics of a body vary depending on whether it is used more or less. This rule is valid for features such as muscle mass and the size of the bones, for example.

The theory was proposed by the French naturalist Lamarck at the beginning of the 19th century. At that time, the idea was not so absurd since nobody knew how the transmission of hereditary characteristics occurred. (Lamarck was a brave man to introduce an evolutionary theory based on natural law at a time dominated by fixism.)

10. Who was Charles Darwin?

Charles Darwin was an English naturalist born in 1809 and is considered the father of the theory of evolution. At the end of the year 1831, before turning 23, Darwin embarked on the ship the Beagle as volunteer scientist for a five year expedition to the South American coast and the Pacific. During the voyage, the most famous part of which was the stop in the Galapagos Islands, Darwin collected data that he used to write his masterpiece The Origin of Species (1859). In this book, the principles of the common ancestry of all living organisms and natural selection as the force that drives the diversity of species were described. Darwin died in 1882.

(The original name of the most famous book written by Darwin was On the Origin of Species by Means of Natural Selection.)

11. What is the mechanism described by Darwin that eliminates species less adapted to environmental conditions?

That mechanism is natural selection.

12. How did Darwin deduce the principle of natural selection from the observation of differences among members of the same species?

Darwin recognized that, within one particular species, there were individuals with different characteristics. He also realized that those differences could lead to different survival and reproduction chances for each individual. Therefore, he discovered the importance of the effect of the environment on organisms and the preservation of those with  characteristics more advantageous for survival and who are more able to generate offspring. This is how he described the basis of the principle of natural selection.

13. How did the industrial revolution in England offer an example of natural selection?

One of the classic examples of natural selection is the moths of industrial zones of England at the end of the 19th century and the beginning of the 20th century. As the industrial revolution advanced, the bark of the trees that moths landed on became darker due to the soot released from factories. The population of light moths decreased and was substituted by a population of dark moths, since the mimicry of the dark moths in the new environment protected them from predators, meaning that they had an adaptive advantage in that new environment. Light moths in turn suffered the negative effect of natural selection because they had become more visible to predators, and were almost eliminated. In the open forest far from factories, however, it was experimentally verified that light moths maintained their adaptive advantage and the dark moths continued to be more easily found by predators.

14. What are the fundamental similarities and differences between Lamarckism and Darwinism?

Both Lamarckism and Darwinism are evolutionary theories opposed to fixism and, both admit the existence of processes that caused changes in the characteristics of living organisms in the past.

However, these two theories have different explanations for those changes. Lamarckism combines the law of use and disuse with the law of the transmission of acquired characteristics to explain the changes. Darwinism defends the effect of natural selection.

The Synthetic Theory of Evolution

15. In the time of Darwin, the results of Mendel’s research on biological inheritance had not been published, genetics was not yet developed, and neither DNA nor the concept of genetic mutation were known. What is the modern Darwinist theory that incorporates these bodies of knowledge?

The modern Darwinist theory that incorporates knowledge from genetics and molecular biology is called neo-Darwinism, or the synthetic theory of evolution.

16. How does the synthetic theory of evolution incorporate knowledge from genetics and molecular biology into Darwinism?

Today, it is known that the variation of inherited characteristics is created by alterations in the genetic material of individuals, and more precisely by modifications or recombinations of DNA molecules. Small changes in genetic material accumulate and new phenotypical characteristics emerge. The carriers of these characteristics are then subject to natural selection. Modern biology recognizes that natural selection generates an increase in the frequency of alleles and genes more favorable to survival and reproduction in a given population, whereas less advantageous genes and alleles tend to be eliminated.

Genetic variability occurs from the recombination of chromosomes during sexual reproduction and from DNA mutations in germ cells and gametes. Such variability creates individuals who are carriers of some new phenotypical characteristics compared to their ancestors. These individuals are submitted to environmental pressure and can be more or less well-adapted concerning survival or reproduction. Those better adapted transmit their genetic heritage to a larger number of descendants, thus increasing the frequency of their genes in the population; those less well-adapted tend to transmit their genes to a smaller number of descendants, thus decreasing the frequency of their genes in the population or even becoming extinct. This process is called natural selection (the preservation of organisms that present more adapted phenotypes for the environmental pressures they face).

18. In hospitals where many tuberculosis patients are treated, the population of tuberculosis mycobacteria may be composed of multiresistant (to antibiotics) strains. How does the synthetic theory of evolution explain this fact?

As in any environment, TB bacteria in hospitals undergo changes in their genetic material. In the hospital environment, however, they undergo continuous exposure to antibiotics. Many of them die from the effect of the antibiotics but carriers of mutations that provide resistance to those antibiotics proliferate freely. These resistant microorganisms, when subject to other antibiotics, once again undergo natural selection and those which became resistant to these other drugs are preserved and proliferate. As a result, strains of multiresistant (non-treatable) mutant bacteria emerge in hospitals.

19. What is reproductive isolation?

Living organisms are considered to live in reproductive isolation when they cannot cross-breed among themselves or if they can cross-breed but cannot generate fertile offspring.

Speciation is the process by which different species emerge from a common ancestor species. Speciation generally begins when populations of the same species become geographically isolated, such as when they are separated by some physical barrier that disallows cross-breeding between individuals from one population and individuals of another population.

Groups that are kept in geographical isolation for a long time tend to accumulate different phenotypical characteristics from each other by means of genetic variability (mutations and recombination) and natural selection. When those differences reach a point that makes the cross=breeding of individuals of one group with individuals of the other group impossible, or the generation of fertile offspring no longer happens, speciation is considered to have occurred.

22. Why does geographical isolation lead to speciation?

Geographical isolation between groups of the same species leads to the formation of a new species since it prevents cross-breeding among isolated individuals. Characteristics which are distinct from the other groups are incorporated by the effect of genetic variability and natural selection on the isolated group, producing a new species. Therefore, the geographical isolation creates the reproductive isolation.

23. How can the fact that fish and dolphins have similar organs and a similar general shape be explained?

Fish and dolphins have similar organs and shape because, although they have phylogenetically distant ancestors, they face similar environmental pressures, as they share the same habitat (water). Therefore, by undergoing genetic variability and natural selection, some similar features, such as a hydrodynamic body and the presence of fins, were incorporated into these animals.

24. What is adaptive convergence?

Adaptive convergence is the phenomenon by which living organisms which face the same environmental pressure (problems) and which are subject to genetic variability and natural selection incorporate similar (analogous) organs and structures (solutions) into their bodies during evolution. An example of this is the fins and the hydrodynamic body of fish and dolphins, which are phylogenetically distant animals.

25. What is adaptive radiation?

Adaptive radiation is the appearance of several other species from one common ancestral species that have spread to various regions or environments. The different characteristics among the species correspond to the adaptive necessities of the ecological niches each one occupies, that is, to different environmental pressures.

26. What is the difference between analogous and homologous organs?

Characteristics of different species are said to be analogous when they have the same biological function, such as the wings of bats and the wings of insects.

Now that you have finished studying Evolution Theory, these are your options:

Loved this site? Donate some Bitcoin to us: 3Q87uYCjMdfktwCzRFu6ZW65V1HYUy7pMd