12 Questions to Help You Understand the Characteristics of Fish

1. What are the two main classes into which fish are divided? 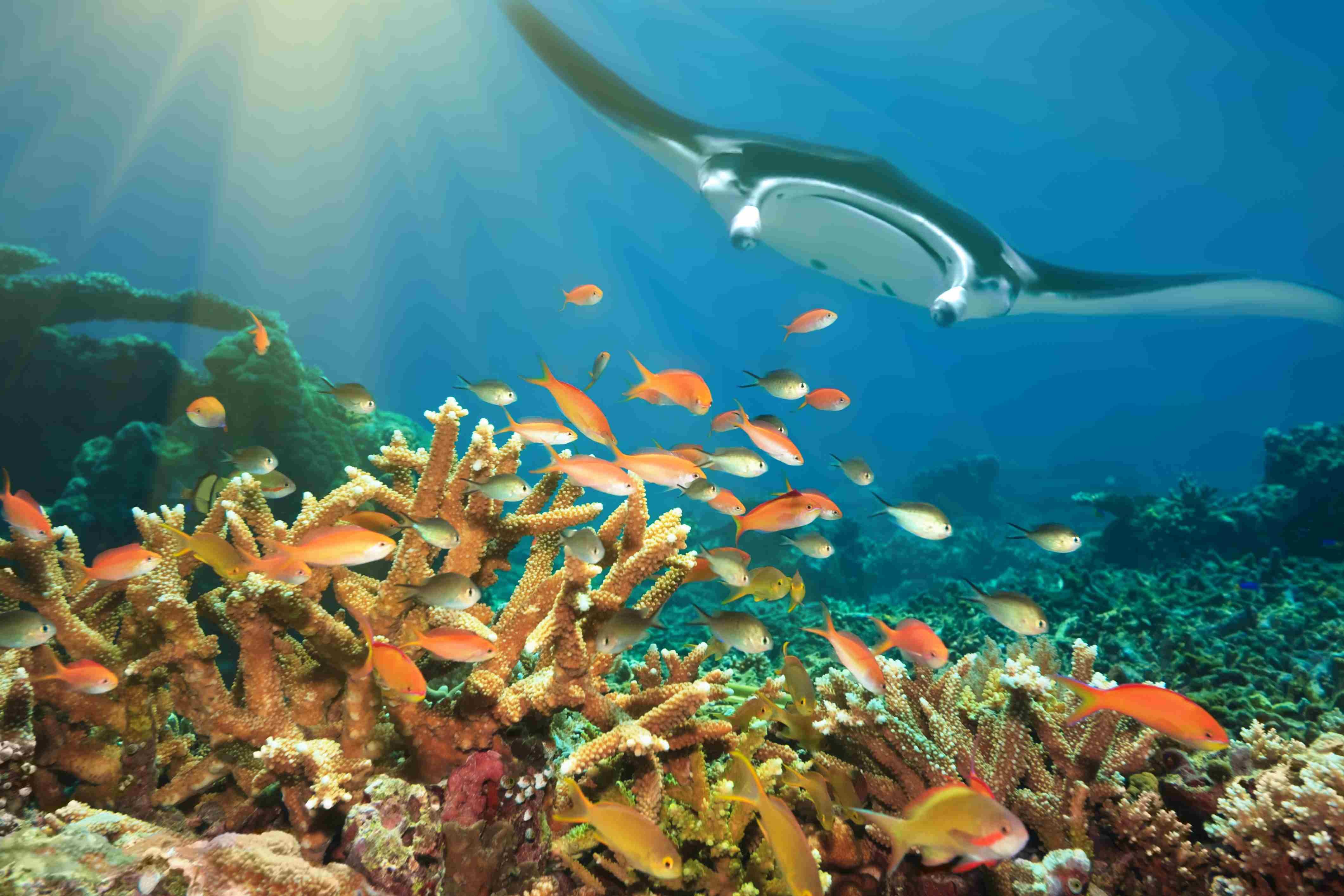 2. Which features give chondrichthyes and osteichthyes their names?

“Chondros” means cartilage and “ictis” means fish (both from Greek); the name chondrichthyans refer to fish with a cartilaginous endoskeleton. The name osteichthyes is derived from the existence of a bony endoskeleton among these fish (“osteo” means bone, also from Greek).

3. What are the main features of fish associated with the habitat in which they live?

Fish are all aquatic animals and, as a result, have a hydrodynamic and elongated body suitable for moving underwater, without limbs and with fins. This habitat is also related to their branchial respiration.

4. Compared to cyclostomes (primitive vertebrates), what are the main innovations present in fish?

Compared to cyclostomes, evolutionary innovations present in fish are: pectoral and pelvic fins, which are symmetrical and paired, and the presence of mandibles.

5. How different are the swimming strategies used by osteichthyes and chondrichthyes? Why do sharks need to move their body to swim while bony fish do not?

Bony fish have a specialized organ called a gas bladder, or swim bladder, whose interior can be filled with gas released from gas glands. The swim bladder works as a hydrostatic organ, since it produces variations in the relative density of the body, thus regulating the buoyancy and the depth of the fish in water.

Chondrichthyes do not have swim bladders and, as a result, must continuously move their body to keep swimming and to maintain their depth in water. As an additional swimming aid, chondrichthyes have a large and oily liver. This feature helps reduce their body density relative to water.

6. How does the swim bladder of fish allow them to control their depth under water?

Hydrostatics tell us that an object does not sink if its density is equal to or less than the density of the fluid in which it is immersed.

When the swim bladder is filled with gas, it reduces the density of the body of the fish and, when it is emptied, this density is increased. As a result, this mechanism controls the depth of the fish under water.

7. How do fish carry out gas exchange?

Fish “breathe” through gills. Gills, or branchiae, are highly vascularized organs specialized in gas exchange underwater which are present in aquatic animals (marine annelids, crustaceans, fish and tadpoles). Gills are a respiratory organ (analogous to lungs, for example) which contains very thin lamellae with many visible blood vessels in direct contact with the water.

In osteichthyes, the gills are covered by a bony protective flap called the operculum. In chondrichthyes, no opercula are present.

8. Do fish have an open or closed circulatory system? How many chambers does a fish heart have? How does blood flow throughout the body of a fish?

As in every vertebrate, fish have a closed circulatory system, meaning that  blood flows only within blood vessels.

The fish heart only has two consecutive chambers: a thin-walled atrium and a muscular ventricle. The arterial (oxygenated) blood comes from the gills and moves through arteries towards tissues, and afterwards, venous blood is collected by veins and reaches the atrium of the heart before entering the ventricle, which pumps the venous blood towards the gills to be oxygenated one again.

9. How is excretion carried out in fish?

Fish have a pair of kidneys to filter their blood. Bony fish excrete nitrogen as ammonia, NH₃, (they are ammoniotelic) and cartilaginous fish excrete urea as nitrogen waste (they are ureotelic, like adult amphibians and mammals).

10. What are the lateral lines of fish?

The lateral lines of bony fish are sensory organs that extend along both sides of their body. They contact the environment by a series of specialized scales that transmit information about pressure variation and vibrations in the surrounding water.

11. How different is fertilization in osteichthyes and chondrichthyes?

A Summary of Fish

12. The main features of fish.  How can fish be described according to examples of representative species, basic morphology, skin, respiration, circulation, nitrogen waste, thermal control and types of reproduction?

Now that you have finished studying Fish, these are your options: