A gene is a sequence of DNA nucleotides that codifies the production of a protein. 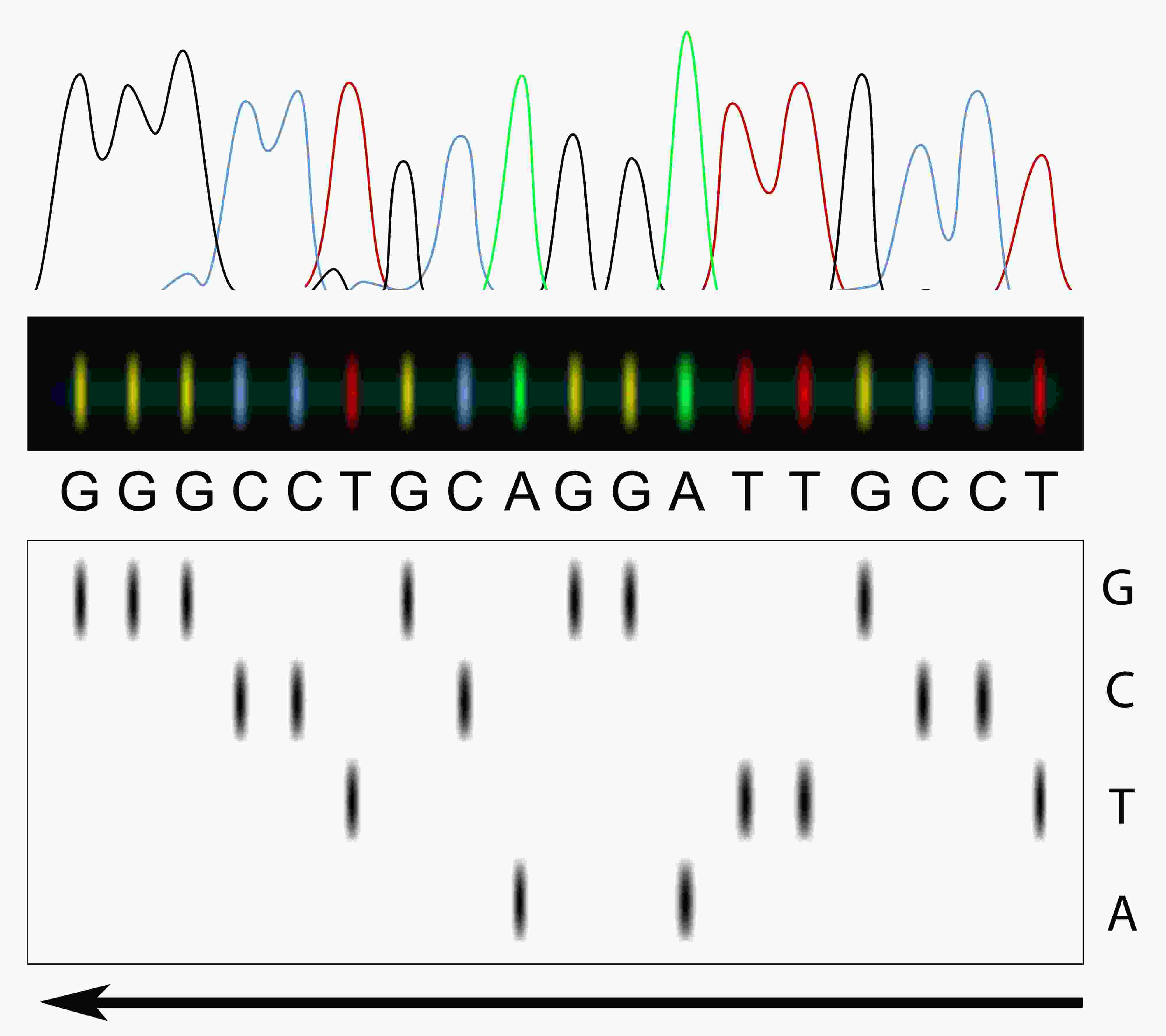 2. Is a gene a triplet of consecutive DNA nucleotides?

A gene is not a triplet of DNA nucleotides with their respective nitrogen-containing bases, such as AAG or CGT. Nucleotide triplets may be pieces of genes but are not genes.

A gene is a portion of a DNA molecule that codifies a specific protein. Therefore, it is formed by several DNA nucleotide triplets.

A chromosome is a DNA molecule. A chromosome may contain several different genes as well as portions of DNA that are not genes.

A gene locus (locus means place) is the location of a gene in a chromosome;or rather, the position of the gene in a DNA molecule.

6. Do the alleles of a gene necessarily originate in such a way that one comes from the father and the other comes from the mother? Are there exceptions?

It is natural for one allele to come from the father and the other allele to come from the mother, but it is not obligatory. In a “clone” generated by nucleus transplantation technology, for example, the alleles come from a single individual. In polysomies (as in trisomy 21), each gene of the affected chromosome has three alleles in the case of trisomies, or four, in the case of tetrasomies.

A phenotype is every observable characteristic of a living organisms conditioned by its genes. Some phenotypes may be altered by non-genetic factors (for example, artificial hair coloring). Specific phenotypes are also called phenotypical traits.

8. What is a genotype? What is the difference between a genotype and a phenotype?

A genotype consists of the genes, DNA nucleotide sequences contained in the chromosomes of an individual, that condition the phenotype. Phenotypes are therefore the biological manifestation of genotypes.

For example, the altered hemoglobin chain of sickle cell disease and the manifestation of the disease itself are the phenotype. The altered DNA nucleotide sequence in the gene that codifies the production of that abnormal hemoglobin chain is the genotype.

9. Does the environment have an influence on the phenotype?

A phenotype may be altered (compared to the original situation conditioned by its genotype) by nongenetic means. Examples: some hormones may cease to be secreted due to diseases, whereas the genes that determine their secretion remain intact; a person can go to a hairdresser and change the color of his/her hair; plastic surgery can be performed to alter the facial features of an individual; colored contact lenses may be worn; and a plant can grow beyond its genetically conditioned size through the application of phytohormones.

The effect of environmental influences on phenotypes can be observed in monozygotic twins who have grown up in different places. Generally, these twins present very distinct phenotypical features due to the environmental and cultural differences of the places where they lived and due to their different individual experiences in life.

(Biologically programmed phenotypical changes, such as nonpathological changes in skin color caused by sunlight exposure, tanning, or the variation of the color of some flowers depending on the pH of the soil cannot be considered independent from the genotype. In reality, these changes are planned by the genotype as natural adaptations to environmental changes.)

10. Are environmental phenotypical changes passed on to offspring?

Changes to phenotypes by the environment are not passed on to offspring (unless their primary cause is a genotypic change in germ cells or gametic cells). If a person changes the color of his or her hair or undergoes aesthetic plastic surgery, the resulting features are not passed on to his/her offspring.

11. In what situations can the environment alter the genotype of an individual? What is the condition for this type of change to be passed on to offspring?

The environment can only alter genotypes when its action causes alterations in the genetic material (mutations) of the individual; that is, the deletion, addition or substitution of entire chromosomes or of the nucleotides that form DNA molecules.

Mutations are only passed on to offspring when they affect the germ cells that produce gametes or the gametes themselves.

Eye color, hair color, skin color, height, and blood type are examples of phenotypical features that present two or more varieties. Other examples are the color of flowers and seeds in some plants, the sex of the individual in dioecious species, etc. Examples of phenotypical characteristics that do not present variation among individuals of the same species are: in general the number of limbs, the anatomical position of the organs, the general composition of tissues and cells, etc.

13. Considering a pair of homologous chromosomes containing a gene with two different alleles, how many different genotypes can that individual present?

If a gene of a diploid species has different alleles, for example, A and A’, the possible genotypes are: A’A’, AA, and AA’. Therefore, any of these three different genotypes may be the genotype of the individual.

14. For an individual with a genotype formed of two different alleles that condition different varieties of the same phenotypical trait, what does the phenotypical feature actually manifested depend on?

15. What is the difference between a dominant allele and a recessive allele?

Dominant allele is the allele that determines the phenotypical features apparent in homozygous or heterozygous genotypes.

In Genetics, the dominant allele is represented in uppercase (“A”), and its recessive allele is written in lowercase (“a”).

In molecular terms, the recessive allele generally has a nucleotide sequence that was previously identical to the corresponding sequence in the dominant allele, but which was inactivated by mutation during evolution. This fact explains the expression of the dominant phenotype in heterozygosity (since one functional allele is still present).

16. Whenever a pair of alleles contains different alleles, is there dominance between them?

Dominance is not always complete in all cases of a gene with two different alleles. There are genes in which heterozygosity comes with incomplete dominance (the manifestation of an intermediate phenotype in relation to the homozygous one, such as in the color of roses, which varies between white and red) and other genes that present codominance (the expression of a third different feature, such as in the MN blood group system).

17. What is the difference between homozygosity and heterozygosity?

18. Why can a recessive allele remain hidden in the phenotype of an individual and only be revealed when manifested via homozygosity in its offspring?

A recessive allele can remain hidden because it is not manifest in the heterozygous individual, meaning that it may be present in the genotype but is not expressed in the phenotype. When this allele is transmitted to the offspring and forms a homozygous genotype with another recessive allele from another chromosomal lineage, the phenotypical characteristics that appear reveal its existence.

Now that you have finished studying Genetic Concepts, these are your options: