18 Easy Questions to Study the Human Karyotype and Genetic Diseases

The name karyotype is given to the set of chromosomes of an individual, usually when visualized and identified under the microscope. The visualization generally takes place when the cells are undergoing the initial phases of cell division, so tha the chromosomes may be seen already replicated and condensed. 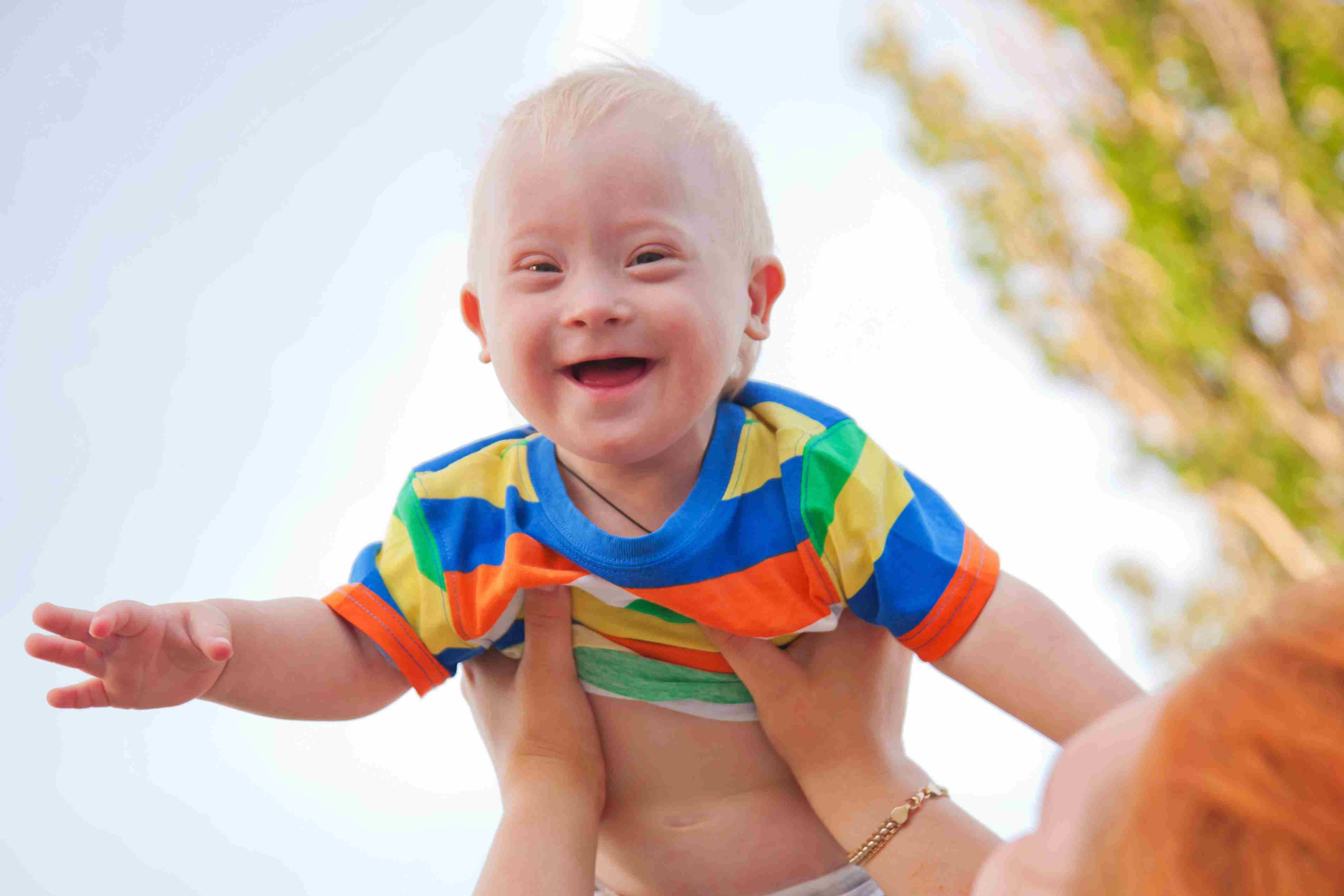 2. Which type of genetic disease can be identified from the visual analysis of the number of chromosomes present in a karyotype?

The counting and identification of chromosomes in the karyotype of an individual can diagnose aneuploidies, diseases caused by an alteration in the number of chromosomes in relation to the normal number in the species.

3. Why, in the preparation of a karyotype analysis, is the use of a substance such as colchicine interesting?

Colchicine is a substance that prevents the formation of microtubules and therefore of spindle fibers in cell division. Under the action of this drug, the cell division is interrupted at metaphase and anaphase does not occur. Therefore, the use of colchicine in the study of karyotypes is interesting because chromosomes will be seen replicated and condensed.

4. What is the karyotype found in Down syndrome?

Down syndrome is an aneuploidy, that is, an alteration in the number of chromosomes within the cells compared to the normal number of chromosomes of the species. Affected individuals have an additional chromosome 21  in their cells instead of only one pair. For this reason, the condition is also called trisomy 21. The affected person has a karyotype with 47 chromosomes: 45 + XY or 45 + XX.

5. What is aneuploidy? What conditions are caused by aneuploidies?

An aneuploidy is an abnormal number of chromosomes in the cells of an individual.

6. In general, what is the cause of aneuploidies?

7. Do all genetic diseases result from an alteration in the number of chromosomes of the cells?

Besides aneuploidies, there are other genetic diseases, other chromosomal abnormalities and also genetic mutations.

8. How are genetic diseases classified?

Genetic diseases are classified as chromosomal abnormalities and genetic mutations.

The genetic mutation group includes deletions (one or more DNA nucleotide is absent), substitutions and insertions.

9. What are genetic mutations?

Genetic mutations are alterations in genetic material (compared to the normal condition of the species) involving modifications in the normal nucleotide sequence of a gene but without structural or numerical chromosomal changes.

10. Does every gene mutation cause an alteration in the protein the gene normally codifies?

Not every gene mutation causes an alteration in the composition of the protein the gene codifies. Since the genetic code is degenerated, meaning that some amino acids are codified by more than one different DNA nucleotide triplet, if by chance the mutation substitutes one or more nucleotides of a codifier triplet, and the newly formed triplet still codifies the same amino acid codified by the original triplet, there will be no modification in the protein produced by the gene.

Too extensive or too frequent genetic mutations are generally harmful to individuals and species. These mutations often cause significant phenotypical changes or defects incompatible with the survival of the body and the continuity of the species.

However, small genetic mutations that do not cause the appearance of lethal changes are continuously accumulated in the genetic heritage of the species. These mutations gradually add to each other, producing to small phenotypical changes in individuals. These small changes are exposed to the natural selection of the environment and those more favorable to survival and reproduction are preserved (the remainder are eliminated, as their carriers have difficulty surviving and reproducing). In this manner, the combined processes of the accumulation of small mutations and of natural selection incorporate new features into the species. They may even lead to speciation (the formation of new species) and the promotion of biological diversity.

(Obviously, only genetic mutations transmitted by cells that produce new individuals, through sexual or asexual reproduction, have an evolutionary effect.)

12. What are mutagenic agents?

Mutagenic agents or mutagens are physical, chemical or biological factors that can cause alterations in DNA molecules.

Examples of well-known or believed mutagenic agents are: X, alpha, beta and gamma rays, ultraviolet radiation, nitrous acid, many dyes, some sweeteners, some herbicides, many tobacco substances, some viruses, such as HPV, etc. Small DNA fragments known as transposons can also act as mutagens when incorporated into other DNA molecules.

13. How are mutagenic agents related to the incidence of cancer in a population? Is cancer a disease transmitted to the offspring of an individual?

The exposure of a population to mutagenic agents (for example, the people living in the area around the Chernobyl nuclear power plant and who were exposed to the radiation from the nuclear meltdown in 1986) increases the cancer incidence in that population. This occurs because mutagenic agents increase the rate of mutation and the probability that mutant cells will proliferate in a pathological manner (cancer).

Cancer itself is not a hereditarily transmissible disease. Genetic predispositions for the development of cancer, however, can be inherited.

14. How do the repairing enzymes of the genetic system act?

There are enzymes within cells that detect errors or alterations in DNA molecules and begin to repair those errors. First, enzymes known as restriction endonucleases, specialized in cutting DNA molecules (also used in genetic engineering), cut the affected piece of DNA. Then, polymerase enzymes build the correct sequences of nucleotides that correspond to the affected piece, using the DNA chain complementary to the affected chain as a template. Finally, the new correct sequence is bound in the DNA under repair by specific enzymes.

15. What are some diseases or genetic abnormalities caused by recessive genes?

16. What are some diseases or genetic abnormalities caused by dominant genes? Why are severe dominant genetic diseases rarer than recessive ones?

Severe and early autosomal dominant diseases are rarer than recessive autosomal diseases because in this last group the affected allele may be hidden in heterozygous individuals and transmitted to the offspring until becoming homozygous (the actual manifestation of the disease). In severe dominant diseases, the heterozygous individual presents the condition and often dies without having offspring. (Some genetic diseases appear later, such as Huntington disease; in these cases, the incidence is higher because many individuals have children before knowing that they are carriers of the dominant gene).

Consanguineous marriage is the marriage between relatives, that is, people with close common ancestors.

18. How is the early diagnosis of genetic diseases usually done?

The test is performed by the removal of material containing cells of the embryo by amniocentesis (the extraction of amniotic fluid) or cordocentesis (the puncturing of the umbilical cord) or even by chorionic villus biopsy (which can be done earlier in pregnancy).

Ultrasonography is a diagnostic procedure for some genetic diseases that produce morphological variations during embryonic development. The study of genetic family trees is also an important additional method in the early diagnosis of many genetic diseases.

Now that you have finished studying Karyotype and Genetic Diseases, these are your options: