1. Which kingdom of parasites causes malaria and Chagas’ disease?

Those diseases are caused by protozoans, organisms of the kingdom Protista. 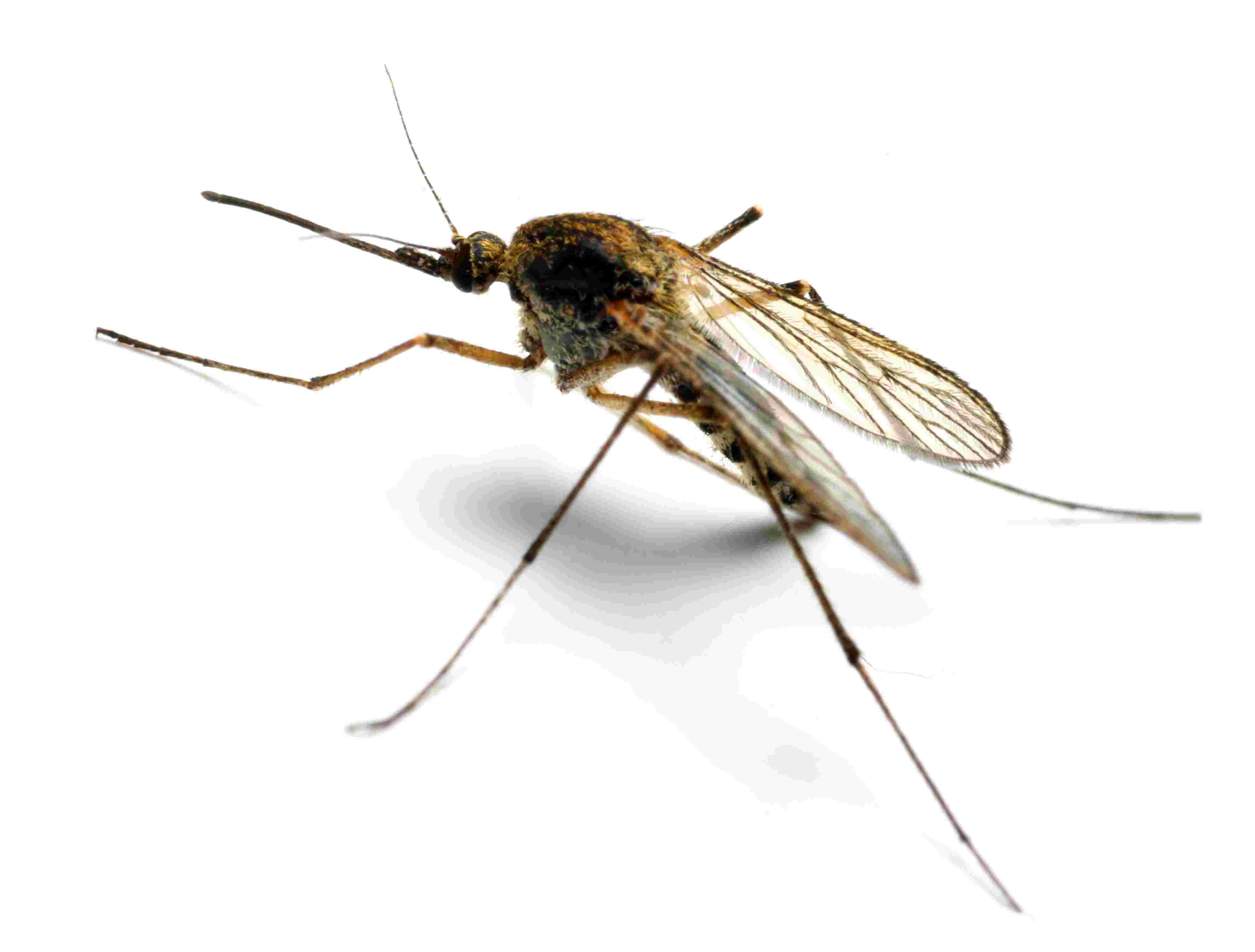 2. What is the scientific name of the etiological agent of Chagas’ disease?

3. In which forms is Trypanosoma cruzi found in its hosts?

4. What is the vector of Chagas' disease? How is the disease transmitted?

The vector of Chagas’ disease is its intermediate host, a triatomine bug. The main species is Triatoma infestans.

Hemipteran insects, such as triatomines, have sucking mouthparts that can be used to suck blood from animals or organic fluids from plants. The vectors of Chagas’ disease are hematophagous hemipterans that have nocturnal habits. The blood-sucking bugs become infected when they bite a contaminated person. The parasites then multiply within the bug’s gut and are eliminated with its feces. When a contaminated triatomine bites another person, it defecates near the bite site and the protozoa released can penetrate the definitive host through mucosae or through the bite wound. Wild and domestic mammals can also be vessels for the disease.

5. What is the life cycle of  Trypanosoma cruzi?

Trypanosoma cruzi is a heteroxenous parasite, meaning that it has an intermediate host, the triatomine bug, and a definitive host, the human. The triatomine bug becomes infected by sucking the blood of a contaminated person. Within the bug’s gut, the protozoan reproduces. When the triatomine bites another person, it defecates near the bite site. Generally, the bitten person itches the area around the bite and the parasite enters the circulation of the definitive host. Within humans, Trypanosoma cruzi multiply in their amastigote form in cardiac muscle tissue or in nervous tissue, forming pseudocysts. These pseudocysts break, releasing flagellate parasites into circulation and the cycle is repeated.

6. What is the incubation period of an infection?

The incubation period is the time interval between the infection by an agent that causes disease and the first signs or symptoms of the disease.

Chagas’ disease may or may not present an acute phase. When it is present, the incubation period is about 5 to 14 days. The chronic phase, however, can appear more than 10 years after the infection.

At the site where the trypanosoma has penetrated, the skin or the mucosa becomes swollen: This sign is known as a chagoma. Another sign that may appear in up to 20% of cases after the infection is Romana’s sign, a swelling of one of the eyelids when infection took place through the ocular route. In acute Chagas’ disease fever, discomfort, inflammation and the enlargement of lymph nodes may occur. In more severe cases, fatal inflammation of the cardiac muscle or of the meninges may occur.

8. In the long term, which organs are affected by chronic Chagas’ disease?

During the chronic phase of Chagas’ disease, which manifests years after the infection, trypanosoma infest the muscles of the heart, causing insufficient blood pumping, pulmonary edema and an increase in the size of the organ (cardiomegaly). This is the cardiac manifestation of Chagas’ disease. The main symptoms that appear are dyspnea, coughing and cardiac arrhythmias.

In the digestive form of the manifestation of the disease, the parasite destroys cells of the autonomic nervous system responsible for the peristaltism of the digestive tract. Since the motility of the esophagus and intestines is reduced, the transit of materials inside these organs is impaired and they increase in size (width), conditions respectively known as megaesophagus and megacolon. The main symptoms are dysphagia (impaired swallowing), constipation, flatulence and the formation of fecaloma (the accumulation of feces inside the bowels).

Prophylaxis is measures taken to prevent diseases. For example, the use of condoms during sexual relations is a prophylaxis against contamination by agents that cause STIs (sexually transmitted infections).

10. What are the etiological agents of malaria?

The etiological agents of malaria are protozoa of the genus Plasmodium. There are four different types of plasmodia that cause malaria: Plasmodium malariae, Plasmodium vivax, Plasmodium falciparum and Plasmodium ovale.

11. What human tissues are affected by malaria? What are the main clinical manifestations of the disease?

Infection by Plasmodium falciparum, if not treated, can cause other complications and even death.

The vector of malaria is a mosquito of the genus Anopheles, also called anopheline. As opposed to the mosquito vector of dengue fever, the anopheline has nocturnal habits.

13. What are the intermediate and the definitive hosts of plasmodium?

14. What is the life cycle of Plasmodium vivax?

﻿The vector mosquito bites a contaminated person and ingests female and male gametocytes of the parasite. Within the insect’s gut, the gametocytes differentiate into gametes and fertilization occurs, forming zygotes. Each plasmodium zygote (sporogony) generates numerous infective sporozoites via mitosis, which then migrate to the salivary glands of the mosquito. When the mosquito bites a person, the sporozoites enter the human’s circulation and, when in the liver, they undergo the first asexual reproduction stage (tissue schizogony), releasing several merozoites into the blood. The merozoites infect red blood cells where the second asexual reproduction stage of the cycle (erythrocytic schizogony) and the production of many other parasites occur. Some of these parasites differentiate into gametocytes. The red blood cells then break (hemolysis), the parasites are released into the blood and the cycle restarts.

15. To which phase of the plasmodium life cycle do the typical chills and fever of malaria correspond?

The typical chills and fever episodes of malaria correspond to the phase when red blood cells are destroyed after the erythrocytic schizogony of the plasmodium life cycle.

16. What are the main prophylactic measures against malaria?

The main preventive measures against malaria are the elimination of the vector mosquito, the treatment of infected people, avoidance of mosquito bites, information for travelers to endemic areas and the use of preventive medicines.

17. What are other important human diseases caused by protozoans?

Some other important protozoan infections are amoebiasis, giardiasis, trichomoniasis, leishmaniasis, toxoplasmosis and meningoencephalitis by free-living amoebas.

18. What is the etiological agent of amebiasis? How is it transmitted and what are the typical manifestations of the disease?

Amebiasis is caused by the protozoan Entamoeba histolytica, or simply amoeba.

The transmission of the disease is oral-fecal, through contaminated water and food or by insects such as cockroaches and flies. The amoeba is generally a parasite to the intestines of humans in an asymptomatic manner, but it can sometimes cause enteritis with diarrhea and severe dysentery, abdominal pain, weight loss and anemia. In rare cases, extra-intestinal invasion may occur, affecting the liver, skin, genital organs and other organs.

19. What parasite causes giardiasis? How is it transmitted and what are the typical manifestations of the disease?

Giardiasis is a protozoa infection caused by Giardia lamblia, or simply giardia, a flagellate protozoan.

The transmission is fecal-oral, through contaminated water and food or carried by insects such as cockroaches and flies. Giardiasis manifests like amebiasis, as enteritis with diarrhea, abdominal pain, weight loss and anemia.

20. What is trichomoniasis? Why is it classified as an STI?

Trichomoniasis is an extra-intestinal protozoa infection caused by Trichomonas vaginalis, a flagellate protozoan. The parasite infects the urinary tract of males and females. In females, it causes discharge, pain and itching.

21. What are the main manifestations of leishmaniasis?

22. What is the etiological agent of cutaneous leishmaniasis? How is the disease transmitted and what are its typical manifestations?

The etiological agent of cutaneous leishmaniasis is the protozoan Leishmania braziliensis.

The transmission, like in the visceral form of the disease, is through the bite of the sand fly Lutzomyia (named after the Brazilian scientist Adolfo Lutz), the vector host. Cutaneous leishmaniasis develops at the bite site where the parasite establishes itself. The skin wound has a volcanic crater shape, a reddish injury with elevated borders. From the primary lesions the parasites can spread through the blood to affect other areas, mainly the mucosae of the nose, mouth and pharynx, causing facial deformations.

23. What is the etiological agent of visceral leishmaniasis? How is the disease transmitted and what are its typical manifestations?

Visceral leishmaniasis is caused by the protozoan Leishmania donovani.

The transmission is similar to cutaneous leishmaniasis, through the bite of sandflies. The affected organs are generally the liver, the spleen and the bone marrow. The patient often presents a fever, weight loss, splenomegaly (hypertrophy of the spleen), anemia and decreased counts of leukocytes and platelets. The disease may cause death.

24. What parasite causes toxoplasmosis? How is the disease transmitted and what are its typical manifestations?

Toxoplasmosis is caused by the protozoa Toxoplasma gondii, a sporozoa.

Toxoplasmosis is a disease transmitted by cats, which are the definitive hosts of the parasite. Cats eliminate toxoplasma oocysts in feces; the oocysts are extremely resistant and remain viable for months in the environment. Human beings are infected when ingesting water or food contaminated by oocysts or when they come into contact with contaminated objects. Humans can also become infected by eating the meat of animals such as pigs, cows and sheep, which can also be intermediate hosts. Vertical transmission, from mother to offspring, may also occur.

In toxoplasmosis, the cystic form of the parasite invades tissues of the body, including the brain and the retina. The infestation is potentially fatal. In congenital toxoplasmosis, the child may present blindness and mental retardation. The disease is especially severe when it occurs as an opportunistic disease in AIDS patients.

Now that you have finished studying Protozoan Diseases, these are your options: