The Anatomy and Physiology of the Musculoskeletal System

The Organs and Functions of the Musculoskeletal System

1. Which organs make up the musculoskeletal system?

The main organs and tissues of the musculoskeletal system in humans are cartilage, bones and muscles. 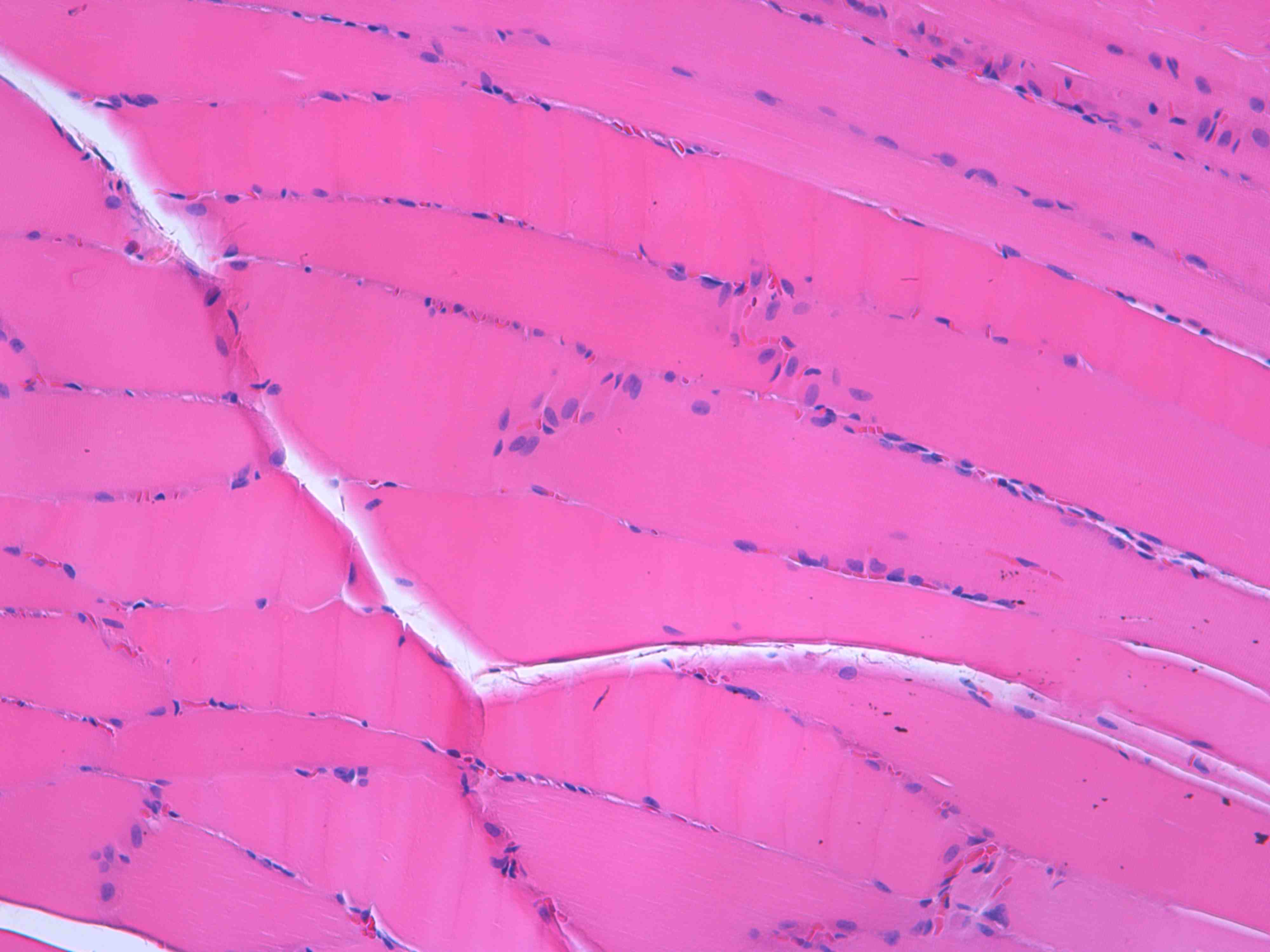 2. What are the functions of the musculoskeletal system?

The musculoskeletal system has the function of supporting and protecting organs, the maintenance of the structure of the body, helping in the movement of organs, limbs and parts of the body, and nutrient storage (glycogen in muscles, calcium and phosphorus in bones).

3. Which types of tissue are cartilaginous and osseous tissue?

Cartilaginous and osseous tissues are considered connective tissues, since they are tissues in which the cells are relatively distant from others, with a large amount of extracellular matrix in the interstitial space.

The main cells of cartilage are chondrocytes, which are produced from the chondroblasts that secrete interstitial matrix. It also contains chondroclasts, which are cells with a large number of lysosomes and which are responsible for the digestion and remodeling of cartilaginous matrix.

5. What is cartilaginous matrix made of?

Cartilaginous matrix is made of collagen fibers, mainly collagen type II, and of proteoglycans, proteins attached to glycosaminoglycans, chiefly hyaluronic acid. Proteoglycans are the reason for the typical rigidity of cartilage.

6. What are some of the functions of cartilage in the human body?

Cartilage is responsible for the structural support of the nose and ears. The trachea and the bronchi are also organs with cartilaginous structures that prevent the closing of these tubes. Joints contain cartilage that covers the bones, providing a smooth surface to reduce the friction of joint movement. In the formation of bones, cartilage acts as a mold and is gradually substituted by osseous tissue.

7. What are the three main types of cells that form osseous tissue? What are their functions?

The three main types of cells of osseous tissue are osteoblasts, osteocytes and osteoclasts.

Osteoblasts are considered bone-forming cells since they are the cells that secrete the proteinaceous part of the bone matrix (collagen, glycoproteins and proteoglycans). Bone matrix is the intercellular space where the mineral substances of the bones are deposited.

Osteocytes are differentiated mature osteoblasts formed after these cells are completely surrounded by bone matrix. Osteocytes have the function of supporting the tissue.

Osteoclasts are the giant multinucleate cells that remodel osseous tissue. They are produced from monocytes and contain a large number of lysosomes. Osteoblasts secrete enzymes that digest osseous matrix, creating canals throughout the tissue.

8. What is bone matrix? What are its main components?

9. What are the Haversian canals and the Volkmann’s canals of the bones? Is osseous tissue vascularized?

The Haversian canals are longitudinal canals present in osseous tissue within which blood vessels and nerves pass. Osseous tissue distributes itself in a concentric manner around these canals. The Volkmann’s canals are communications between the Harvesian canals.

Osseous tissue is highly vascularized in its interior.

10. What are the functions of osseous tissue?

The main functions of osseous tissue are: to provide structural rigidity to the body and to delineate the spatial positioning of the other tissues and organs; to support the weight of the body; to serve as a site for mineral storage, mainly of calcium and phosphorus; to form protective structures for important organs such as the brain, the spinal cord, the heart and the lungs; to work as a lever and support for the muscles, providing movement; and to contain the bone marrow where hematopoiesis occurs.

11. What are flat bones and long bones?

12. What are the types of muscle tissues? What morphological features differentiate those types?

Bones are moved by the skeletal striated muscles. These muscles are voluntary (controlled by volition).

14. Which type of muscle tissue contracts and relaxes the chambers of the heart?

The myocardium is made of cardiac striated muscle tissue.

15. Which type of muscle tissue performs the peristaltic movements of the intestines?

Smooth muscle tissue is responsible for the peristaltic movements of the intestines. Smooth muscles are not controlled by volition.

16. Which type of muscle tissue helps to push the food down through the esophagus?

17. How is the striped pattern of striated muscle cells formed?

The functional units of muscle fibers are sarcomeres. Within sarcomeres, blocks of actin and myosin molecules are placed in an organized manner. The sarcomeres align in sequence to form myofibrils, which are longitudinally placed in the cytoplasm of muscle fibers (cells). The grouping of consecutive blocks of actin and myosin in parallel filaments creates the striped pattern of striated muscle tissue seen under a microscope.

Sarcomeres are the contractile units of muscle tissue, formed of alternating actin blocks (thin filaments) and myosin blocks (thick filaments). Several sarcomeres placed in a linear sequence form a myofibril. Therefore, one muscle fiber (cell) has many myofibrils made of sarcomeres.

The compartments where myofibrils are inserted are delimited by an excitable membrane known as the sarcolemma. The sarcolemma is the plasma membrane of a muscle cell.

19. What are the main proteins that make up the sarcomere? What is the function of those molecules in muscle cells?

When activated by calcium ions released in the proximities of the sarcomere, the actin molecules are pulled in by myosin molecules. This interaction between actin and myosin shortens the myofibrils, producing the phenomenon of muscle contraction.

20. What are the positions of actin and myosin molecules in the sarcomere before and during muscle contraction?

For myosin to bind to actin, and therefore for the contraction to occur, the hydrolysis of one ATP molecule is necessary. During relaxation, the return of calcium ions to the sarcoplasmic reticulum is also an active process that consumes ATP. Therefore, both muscle contraction and relaxation are energy-consuming processes.

22. What is myoglobin? What is the function of this molecule in muscle tissue?

Myoglobin is a pigment similar to hemoglobin which is present in muscle fibers. Myoglobin has a large affinity to oxygen. It keeps oxygen bound and releases the gas under strenuous muscle work. Therefore, myoglobin acts as an oxygen reserve for muscle cells.

23. How is phosphocreatine involved in muscle contraction and relaxation?

Phosphocreatine is the main means of energy storage of muscle cells.

24. What happens when the oxygen supply is insufficient to maintain aerobic cellular respiration during muscle exercise?

If oxygen from hemoglobin or myoglobin is not enough to supply energy to the muscle cells, the cell begins to use lactic fermentation in an attempt to compensate for that deficiency.

25. What is the neurotransmitter of the neuromuscular junction? How does the nervous system trigger muscle contraction?

The nervous cells that trigger muscle contraction are motor neurons. The neurotransmitter of the motor neurons is acetylcholine. When a motor neuron is excited, a depolarizing current flows along the membrane of its axon until reaching the synapse at the neuromuscular junction (the neural impulse passage zone between the axon extremity and the sarcolemma). Near the extremity of the axon, the depolarization allows calcium ions to enter the axon (note that calcium also has an important role here). The calcium ions stimulate the neuron into releasing acetylcholine in the synapse.

Acetylcholine then binds to special receptors on the outer surface of the sarcolemma; the permeability of this membrane is altered and an action potential is created. The depolarization is then transmitted along the sarcolemma to the sarcoplasmic reticulum, which then releases calcium ions which cause the sarcomere to contract.

26. To increase the force of a muscle, is the intensity of muscle contraction increased?

When the body needs to increase the strength of a muscle, a phenomenon known as spatial summation occurs: new muscle fibers are recruited in addition to the fibers already in action. Therefore, the strength of the muscle contraction increases only when the number of active muscle cells increases.

27. What is the difference between the spatial summation and temporal summation of muscle fibers? What is tetany?

Spatial summation is the recruiting of new muscle fibers to increase muscle strength. Temporal summation occurs when a muscle fiber is continuously stimulated to contract without being able to go through relaxation.

When a muscle fiber remains in a continuous state of contraction via temporal summation, it is known as tetany (this is the clinical condition of patients contaminated by the toxin of tetanus bacteria). Tetany ends when all available energy for contraction is spent or when the stimulus ceases.

Now that you have finished studying Musculoskeletal System, these are your options: