A nutrient is any substance used by the metabolism which is acquired from the diet. For example, vitamins and essential amino acids are nutrients. 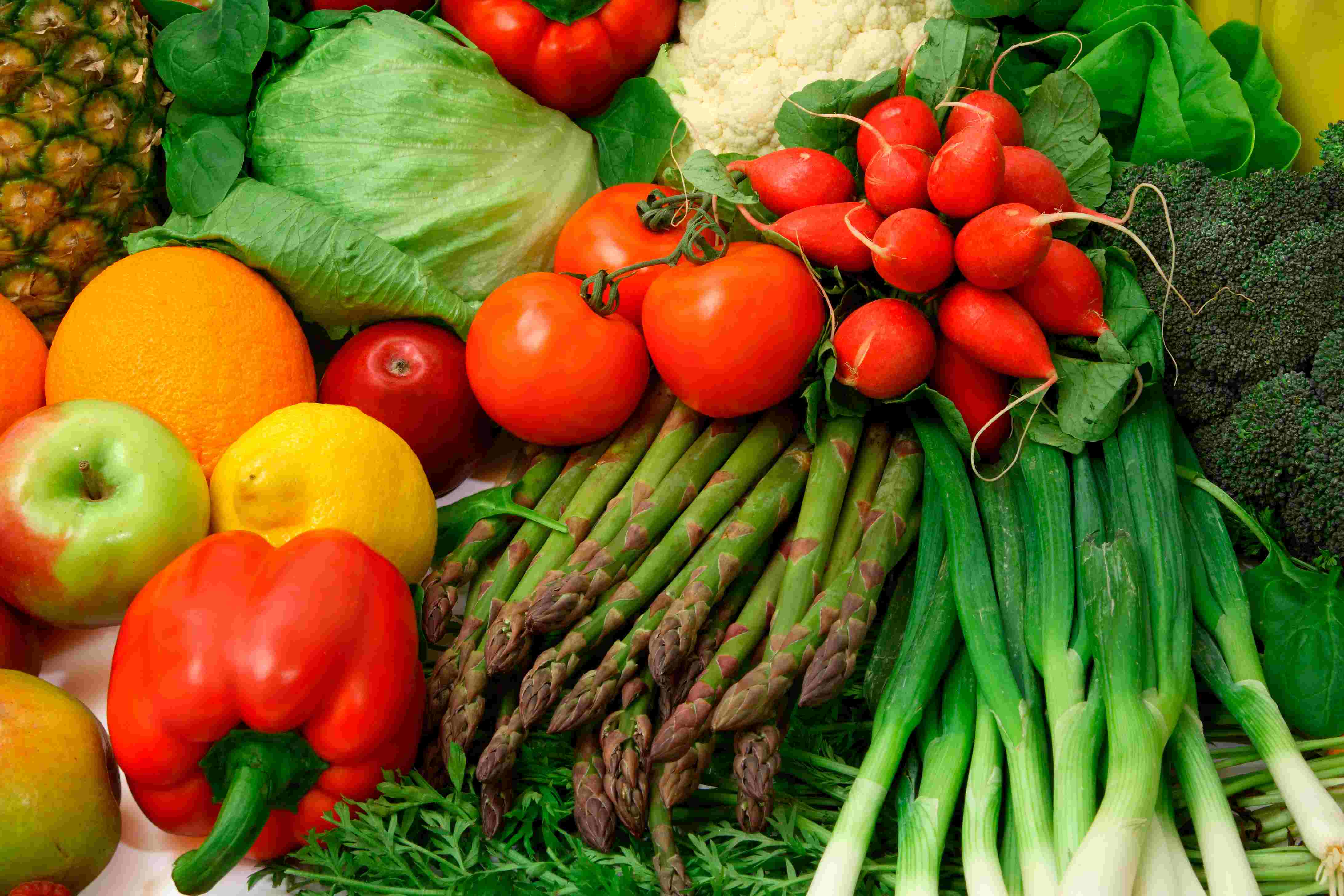 2. What is the difference between macro and micronutrients?

3. According to their functions, how can nutrients be classified?

One possible and useful functional classification for nutrients is to separate them into energetic, structural and regulatory nutrients.

Energetic nutrients are those used as an energy source for the metabolism; they are mainly carbohydrates (although fats and proteins can also be converted into acetyl-CoA and “cycle” the Krebs cycle). Structural nutrients are those used in the support and structure of cells and tissues; they are the amino acids that form structural proteins, such as collagen, membrane proteins, cytoskeleton proteins, the contractile proteins of muscle tissue, etc. Regulatory nutrients are those that make up the enzymes and coenzymes of homeostasis, the metabolites of the osmotic and electrolyte balance of cells and hormones. Some amino acids, vitamins and mineral salts are part of this group.

The Definition and Types of Vitamins

4. What are vitamins? What are the main vitamins needed by humans?

Most vitamins are coenzymes (substances necessary for enzymes to function) that are not produced by the body and must be obtained from the diet.

The main vitamins needed by humans are vitamins A, C, D, E, K, the vitamins of the B complex (including folic acid), biotin and pantothenic acid.

Fat-soluble vitamins, since they are not soluble in water, cannot easily be excreted by the body. As a result, they tend to accumulate in tissues, producing a toxic effect when they are ingested in amounts beyond what is necessary.

6. What is the main damage caused by vitamin A deficiency? What is the role of this vitamin in the physiology of vision?

Vitamin A (retinol) deficiency may cause night blindness, corneal dryness (xerophthalmia) and predisposition to skin injuries.

In the physiology of vision, vitamin A participates in the formation of rhodopsin, a pigment responsible for the ability to see in places with less light.

Folic Acid and Vitamin B12 Deficiency

7. What is folic acid? Why is the anemia caused by the deficiency of folic acid known as megaloblastic anemia?

Folic acid (when ionized it is called folate) is a coenzyme that participates in the synthesis and duplication of DNA and, for this reason, it is necessary for cell division. If there is not enough folic acid in cells with a high turnover rate, such as red blood cells, their production will be reduced.

In folic acid deficiency, precursor cells (reticulocytes) that would produce erythrocytes (red blood cells) begin cell division but the process is very slow whereas cytoplasm growth is normal. As a result, cells become abnormally large, which is the typical feature of megaloblastic anemia.

Megaloblastic anemia can also be caused by vitamin B12 (cyanocobalamin) deficiency, since this vitamin is also important for cell division. Both types of anemia are caused by nutrient deficiency.

Vitamins of the B Complex

8. What vitamins make up the B complex? What problems are caused by a lack of these vitamins?

Deficiency of vitamin B1 causes beriberi, or loss of appetite and fatigue. The lack of vitamin B2 causes mucosal injuries in the mouth, tongue and lips. Deficiency of niacin causes nervousness, digestive disturbances, loss of energy and pellagra. Lack of vitamin B6 causes skin lesions, irritation and convulsions. Vitamin B12 acts together with folic acid and its deficiency causes cell division disruptions leading to pernicious anemia (a type of megaloblastic and nutrient deficiency anemia).

The absorption of vitamin B12 depends on another substance called the intrinsic factor, which is secreted by gastric mucosa.

9. What is the role of vitamin C in the body? What damage is caused by a lack of vitamin C? Why was this deficiency also known as “sailors' disease”?

Vitamin C, or ascorbic acid, is involved in the metabolism of collagen and is necessary for the integrity of blood capillaries.

Scurvy is the disease caused by a lack of vitamin C. It is characterized by tissue lesions in the skin, lips, nose and joints. Scurvy, or scorbutus, was also known as sailors' disease because in the past, during sea voyages, it was difficult to obtain food that contained vitamin C on board, such as citrus fruits. As a result, the sailors became ill with scurvy.

10. Why should foods containing vitamin C not be cooked?

To obtain vitamin C, for example, from an orange dessert, the vitamin-containing food cannot be subject to high temperatures (cooking), since vitamin C is thermolabile, meaning that it is deactivated by heat.

11. What is the relationship between vitamin D and sunlight?

Vitamin D, or calciferol, is synthesized in the skin through the actions of the ultraviolet range of sunlight on precursor molecules. Later, it is transformed into its active form in the liver and the kidneys.

12. What disease is caused by vitamin D deficiency? Which tissue does it affect?

The lack of vitamin D causes the disease known as rickets (rachitis), which is characterized by the decalcification of bones and bone deformities. Vitamin D is fundamental for the absorption of calcium and, as a result, it is related to bone tissue health.

13. What is the function of vitamin E? In which foods can it be found?

Vitamin E, or tocopherol, is a fat-soluble vitamin that is involved in the respiratory chain as coenzyme, during final stage of aerobic cellular respiration. Its deficiency may cause sterility, spontaneous abortions and muscle dystrophy.

Vitamin K and the Clotting Process

14. Why are some types of hemorrhagic diseases caused by a genetic or acquired inability to metabolize vitamin K?

Vitamin K deficiency predisposes people to hemorrhages since this vitamin is necessary for the formation of prothrombin during the blood clotting process.

15. What are the functions of biotin and pantothenic acid in the body? How are these vitamins obtained?

Biotin is made by bacteria that live in the human digestive tract (in a interspecific harmonious ecological interaction) and this supply in general is enough for the body. Biotin and pantothenic acid are found in vegetables, grains, eggs, fish, milk and lean meat.

16. What are the main mineral salts responsible for cellular osmotic regulation?

The main ions that are involved in the regulation of the osmotic pressure in cells and tissues are the chlorine anion, the sodium cation and the potassium cation.

17. What are the main cellular functions of potassium?

Besides being important for osmotic regulation and for the acid-base equilibrium (pH), potassium is necessary for the excitatory mechanisms of nerves and in muscle contraction.

18. What are some examples of mineral salts from the diet that act as coenzymes?

Magnesium, zinc and copper are examples of biological coenzymes.

19. What disease is caused by dietary iodine deficiency?

20. What is the importance of iron in the diet? What disease is caused by iron deficiency?

Iron is a component of the hemoglobin molecule and of enzymes involved in digestion and energy metabolism. Dietary iron deficiency causes iron deficiency anemia, an abnormally low hemoglobin concentration in the blood due to the lack of iron. (In pregnancy, the fetus consumes a large amount of iron and this can lead to anemia.)

Now that you have finished studying Nutrients and Vitamins, these are your options: