The Origin of Life

How Did Life on Earth Emerged? Understand the Hypotheses

The Age of the Universe, the Earth and Life

The earth is believed to be approximately 4.5 billion years old. 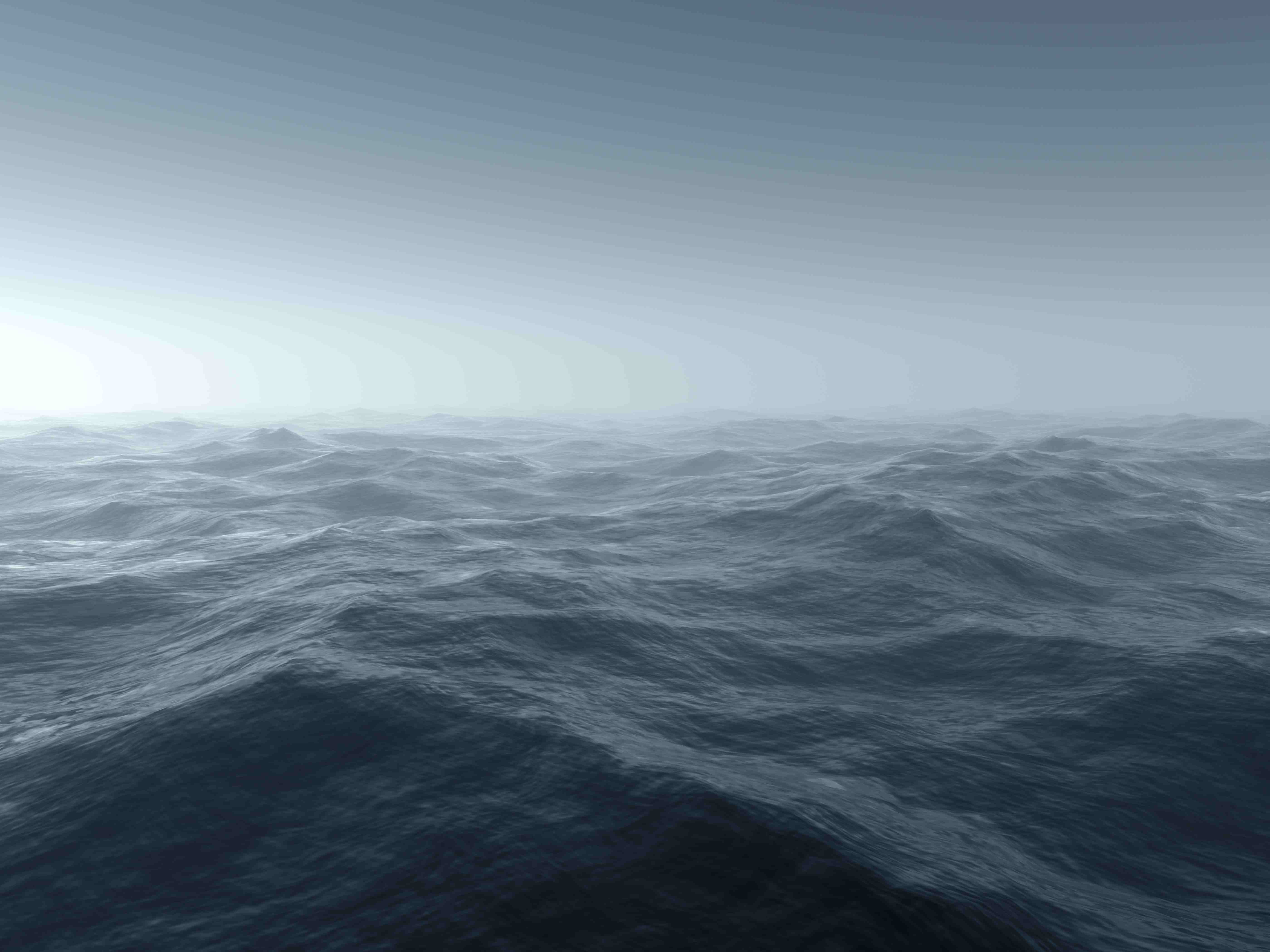 2. How old is the universe?

From analysis of data collected by the Hubble telescope, the age of the universe is estimated to be about 12 billion years.

3. When did life appear on earth?

A History of Explanations of the Origin of Life

4. Historically, how has the origin of life on earth been explained?

The most recurrent explanation for the phenomenon of life on earth is mythological. People from various parts of the world developed myths to explain the origin of animals and human beings. Some of those myths were incorporated into religions and almost all religions have metaphorical or transcendental explanations for the origin of life on the planet.

With the development of science, new attempts to explain this have emerged. Notable among them are the spontaneous generation hypothesis, or abiogenesis, which assertes that living organisms were created from non-living materials; the cosmic panspermia hypothesis, which is the theory that life on earth is a result of seeding from the outer space; the autotrophic hypothesis, according to which the first living organisms were autotrophs; and the heterotrophic hypothesis, which is the most accepted nowadays, and which affirms that life emerged from heterotrophic cells.

At the end of the 1980s, a new hypothesis known as the RNA world hypothesis was presented. This hypothesis asserts that primitive life had only RNA as genetic material and structural molecules, and that it later turned into DNA and proteins. The RNA world hypothesis is strengthened by the fact that RNA can play the role of a catalyst, like enzymes, and by discoveries that some bacteria have ribosomes made of only RNA without proteins attached to it.

5. What is the spontaneous generation hypothesis?

The spontaneous generation hypothesis, or abiogenesis, claims that life on earth came from non-living materials. For example, the fact that, over time, rats appeared around waste was considered to be a confirmation of this hypothesis in the past. Some supporters of spontaneous generation associated it with the existence of an active principle (the vital elan) that they claimed to be the source of life, a theory known as vitalism.

6. How did the experiments of Redi and Pasteur refute the spontaneous generation hypothesis?

To refute the spontaneous generation hypothesis, many experiments were performed. Francisco Redi, in 1668, verified that maggots appeared on meat only when it was exposed to the environment; within closed environments, they did not appear. In 1862, Louis Pasteur working, with swan-neck flasks, definitively refuted the abiogenesis hypothesis. In this experiment, Pasteur demonstrated that boiled (to kill microorganisms) nutritive soups put in swan-neck flasks (with a curved down mouth so that microorganisms could not enter easily) were not contaminated with microorganisms whereas the same soups within flasks with mouth open upwards were contaminated in a few days. The fact that both flasks were open refuted the vitalist argument that the vital elan could not enter the flasks. Pasteur broke the swan-necks of the flasks to demonstrate that the proliferation of microorganisms could happen if those organisms were able to reach the broth.

Panspermia is a hypothesis that describes life on earth as not originating on the planet. The idea is that the first living organisms that colonized the earth came from outer space, from other planets or even from other galaxies by traveling on meteorites, comets, etc. According to this hypothesis, even the type of life that now exists on earth could have also been seeded intentionally by extraterrestrial beings in other stellar and planetary systems.

8. What is the autotrophic hypothesis of the origin of life?

The autotrophic hypothesis of the origin of life claims that the first living organisms on earth were producers of their own food, just like plants and chemosynthetic microorganisms.

9. What is the heterotrophic hypothesis of the origin of life?

According to the heterotrophic hypothesis, the first living organisms were very simple heterotrophic organisms, that is, organisms that are not producers of their own food, which emerged from the gradual incorporation of organic molecules into small organized structures (the coacervates). According to it, the first organic molecules in turn appeared from substances from the earth's primitive atmosphere subject to strong electrical discharges, solar radiation and high temperatures.

10. What is the most accepted hypothesis on the origin of life on earth? How does it compare to the other main hypotheses?

The heterotrophic hypothesis is the strongest and most accepted hypothesis on the origin of life.

The spontaneous generation hypothesis has been excluded by the experiments of Pasteur. The panspermia hypothesis has not yet been completely refuted, but it is not well-accepted since it would be necessary to explain how living organisms could survive long space journeys under conditions of extreme temperatures as well as to clarify the manner in which they could resist the high temperatures faced when entering the earth's atmosphere. The autotrophic hypothesis is weakened if you take into account the fact that the production of organic material from inorganic substances is a highly complex process requiring diversified enzymatic systems and that the existence of complex metabolic reactions on the primitive earth was  not probable.

11. Before the emergence of life, what gases composed the earth's primitive atmosphere?

12. What are the main components of the earth's atmosphere in our time?

The present atmosphere is composed mainly of molecular nitrogen (N₂) and molecular oxygen (O₂). Nitrogen is the most abundant gas, accounting for approximately 80% of the total volume. Oxygen makes up about 20%. Other gases exist in the atmosphere at a low percentage. (Of great concern is the increase in the amount of carbon dioxide due to human activity, the cause of the global warming threat.)

13. Did the earth's primitive atmosphere contain molecular oxygen? How has that molecule become abundant?

The presence of molecular oxygen in the primitive atmosphere was probably minimal and extremely rare. Oxygen became abundant with the emergence of photosynthetic organisms, approximately 1.5 billion years after the appearance of life on the planet.

14. Which physical elements contributed to the large amount of energy available on primitive earth at the time of the origin of life?

3.5 billion years ago, the water cycle was faster than it is today, resulting in harsh storms with intense electrical discharge. There was also no chemical protection from the ozone layer against ultraviolet radiation. The temperatures in the atmosphere and on the planet's surface were very high. Electricity, radiation and heat constituted large available energy sources.

In 1953, Stanley Miller arranged an experimental apparatus that simulated the atmospheric conditions of primitive earth. The experiment contained a mixture of methane, ammonia, hydrogen and circulating water that, when heated, was transformed into vapor. He submitted the mixture to a continuous bombardment of electrical discharge and, after days, obtained a liquid residuel within which he discovered organic molecules, and among them surprisingly the amino acids glycine and alanine, the most abundant components of proteins. Other researchers reproduced the Miller experiment and also noted the formation of other organic molecules such as lipids, carbohydrates and nucleotides.

Coacervates are small structures made of the accumulation of organic molecules under a water solution. By electrical attraction, the molecules join to form bigger and more organized particles distinct from the fluid environment, producing a membrane-like structure that separates the internal region of the coacervate from the exterior. Coacervates could divide themselves and also absorb and excrete substances. It is believed that these structures may have been the precursors to cells.

17. How can coacervates be formed of phospholipids or polypeptides?

Phospholipids are amphipathic molecules, meaning that they present a polar portion and a nonpolar portion. When they come into contact with water, these molecules tend to spontaneously unite and organize themselves to form membranes that create a closed interior space separate from the exterior environment. Polypeptide chains in turn can attract water (by electrical attraction) to form a surrounding water layer and also to create an organized structure with a delimited interior space.

18. How could coacervates have facilitated the emergence of life on earth?

Coacervates probably provided a nitid separation between the internal and external environment and, as a result, the organic material within them was not lost in the ocean. The enzymatic action inside that internal environment could develop in different manners, increasing the speed of specific chemical reactions. Coacervates also allowed a selective flow of molecules across their membrane. Since they contained different molecules and were differently organized from each other, coacervates could have promoted a competition for molecules from the environment, creating an evolutionary selection process.

19. What is the evolutionary origin of the internal membranous organelles of the cell?

It is accepted that the internal membranous organelles of eukaryotic cells, such as the Golgi apparatus and the endoplasmic reticulum, appeared from the invaginations of the external membrane of primitive cells.

The theory also claims that chloroplasts would appeared through endosymbiosis due to the entry of photosynthetic prokaryotes into aerobic eukaryotes, establishing a mutualist ecological interaction.

21. What evidence strengthens the hypothesis that chloroplasts were photosynthetic prokaryotes and mitochondria were aerobic prokaryotes?

The fact that chloroplasts are the organelles responsible for photosynthesis in plants leads to the supposition that before symbiosis, they were autotrophic prokaryotes. Mitochondria are assumed to have once been aerobic prokaryotes because they are the center of aerobic cellular respiration, the powerhouse of eukaryotic cells.

The endosymbiotic hypothesis to explain the emergence of aerobic and autotrophic eukaryotic organisms is further strengthened by the following evidence: chloroplasts as well as mitochondria have their own DNA, which is similar to bacterial DNA; chloroplasts and mitochondria reproduce asexually by binary division, like bacteria do; both have ribosomes and synthesize proteins.

The Origin of Photosynthesis and Aerobic Life

22. How did the first fermenting autotrophs appear? What about the first aerobic organisms?

The heterotrophic hypothesis claims that the first living organisms were fermenting heterotrophs. Fermentation released carbon dioxide (CO₂) and the atmosphere then became rich in this gas. Through mutation and natural selection, organisms capable of using carbon dioxide and light to synthesize organic material appeared. These would have been the first photosynthetic organisms (and which were also fermenting organisms, since there was no abundance of oxygen).

Since photosynthesis is a reaction that releases molecular oxygen, with the emergence of fermenting autotrophs, this gas became available. Some organisms then developed aerobic respiration using O₂, a highly efficient method to produce energy.

23. Why is it more probable that photosynthetic prokaryotes appeared before aerobic eukaryotes?

It is more probable that photosynthetic prokaryotes appeared before aerobic eukaryotes because, without photosynthesis, the earth's atmosphere would not be rich in molecular oxygen and, without oxygen, the existence of aerobic organisms would not be possible.

24. What is an argument that shows that the emergence of photosynthetic organisms was crucial in life reaching the surface of the sea and later dry land?

Ultraviolet radiation from the sun was not prevented from reaching the surface of primitive earth. Therefore, the development of life on dry land or even near the surface of the sea was impossible (it is probable that the first living organisms lived submerged in deep water to avoid destruction by solar radiation). This was only possible after the appearance of photosynthetic organisms and the subsequent filling of the atmosphere with oxygen released by them to form the atmospheric ozone layer that filters ultraviolet radiation.

Now that you have finished studying Origin of Life, these are your options: