Arthropod Review in Questions and Answers

1. What are some examples of arthropods? 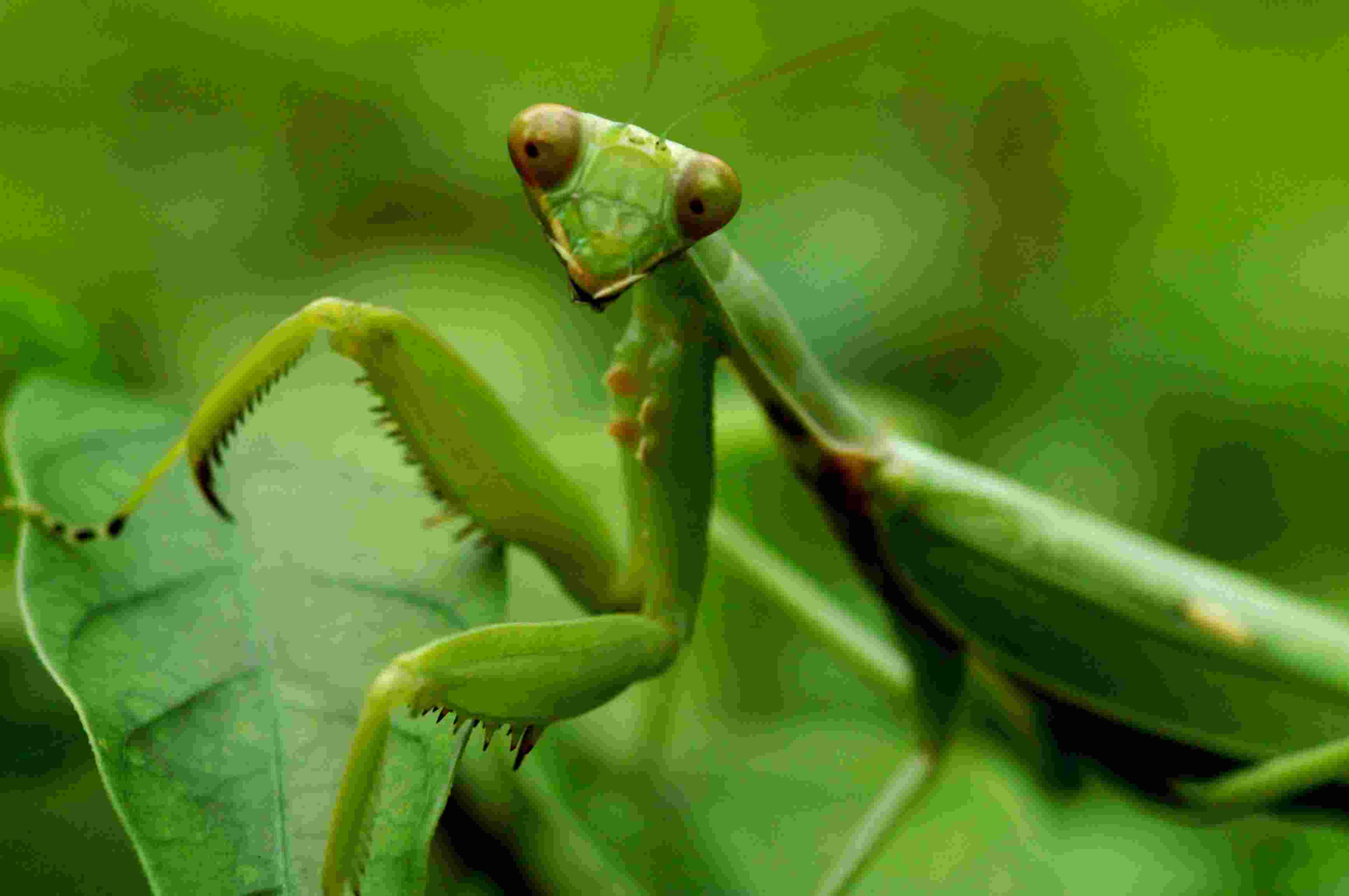 2. What are the classes into which the phylum Arthropoda is divided? What are the three main classes and some of their representative species?

3. What are the main morphological features of arthropods?

Arthropods present three distinguishing features: they are metameric organisms (segmented body), they have an exoskeleton made of chitin and they have articulated limbs.

4. In terms of germ layers and the presence of a coelom, how can arthropods be described?

Arthropods are triploblastic (they have three germ layers) and are coelomate organisms.

5. Considering the presence of segmentation (metameres) in their body, which previously studied phylum resembles arthropods?

Given their metameric structure, arthropods are evolutionarily closer to annelids, as they also have segmented bodies. In the embryonic development of some arthropods the fusion of metameres takes place, forming structures such as the cephalothorax of arachnids, for example.

6. What is the external rigid shell of arthropods called? What is it made of? Which type of organic molecule is that substance?

The external shell of arthropods is called the exoskeleton. The exoskeleton of an arthropod is made of chitin, a nitrogen-containing polysaccharide.

7. How do arthropods grow?

8. How does the presence of the exoskeleton explain the small size of arthropods in general?

Since they have an exoskeleton and periodic ecdysis, the growth of arthropods is limited to lessen the organisms' vulnerability to environmental harm.  However, some arthropod species contain relatively large-sized species, such as “giant” cockroaches, crabs and spiders.

9. How can the features of the exoskeleton in arthropods explain the environmental adaptation of some species of the phylum?

In the exoskeleton of arthropods, there is a layer of waterproof wax. This feature was fundamental in allowing primitive arthropods from the sea to survive on dry land without losing excessive water to the environment.

10. What type of digestive system is present in species of the phylum Arthropoda? Are these animals protostomes or deuterostomes?

The digestive tract of arthropods is complete, containing a mouth and an anus. Arthropods are protostome animals, meaning that the blastopore produces the mouth, during their embryonic development.

11. How is extracorporeal digestion in arachnids linked to predation?

Arachnids can inject poison to paralyze or kill their prey by using structures called chelicerae. The prey is partially digested outside the body of the arachnid by digestive enzymes injected together with the venom or afterwards. After this extracorporeal digestion, the food is ingested and enters the digestive tract of the predator, where the extracellular digestion continues.

12. Which organs or respiratory adaptations do aquatic and terrestrial arthropods respectively present?

As typical aquatic animals, crustaceans contain highly vascularized gills that are in contact with water and permit gas exchange. In terrestrial insects, respiration is tracheal and gases flow inside small tubes that connect the animal's external surface with tissues and cells without the participation of blood. In arachnids, in addition to tracheal respiration, book lungs (thin folds resembling the pages of a book) may also exist.

In arthropods, the impermeability of the exoskeleton makes the passage of gases through it difficult. In addition, the new methods of respiration present in arthropods were preserved by evolution because they were more efficient for those animals.

14. What type of circulatory system is present in arthropods? Do these animals have a heart and respiratory pigments?

In arthropods, the respiratory system is open (lacunar). Blood, also known as hemolymph, is pumped by the heart and enters into cavities (lacunas), irrigating and draining tissues.

Respiratory pigments are molecules able to carry oxygen and other respiratory gases present in circulatory fluids.

In crustaceans and in arachnids, hemocyanin is the respiratory pigment. In humans, the equivalent pigment is hemoglobin.

16. How is the respiratory system of insects (with its separation of circulation and respiration) related to the agility of some species of this class of arthropods?

Despite having a circulatory system that works at low speed and low pressure, since it is a lacunar (open) circulatory system, insects perform extremely fast and exhaustive movements with their muscle fibers, such as beating their wings. This is possible because, in these animals, respiration is separate from open circulation. Gas exchange is carried out with great speed and efficiency by the tracheal system that puts cells in direct contact with air. Muscles can then work fast and hard.

17. What are the components of the excretory system of the three main classes of arthropods?

In crustaceans, a pair of excretory organs called green glands exists. The green glands collect waste from the blood and other parts of the body. They are connected to excretory pores located under the base of the antennae via ducts. These pores excrete this waste outside the animal.

In insects, small structures called malpighian tubules remove waste from the blood. moving it into excretory ducts that open into the intestine. In these animals, excretions are eliminated together with feces.

In arachnids, in addition to malpighian tubules, there are coxal glands located in the cephalothorax near the limbs that are also involved in excretion.

18. What are the noteworthy features of the nervous system of arthropods?

In arthropods, the nervous system has more sophisticated sensory receptors with advanced cephalization. In the anterior region of the body, there is a group of ganglia which form a brain connected to two ventral ganglial cords that contain motor and sensory nerves.

The increased development of the sensory system of arthropods provides more possibilities for these animals to adapt and, as a result, a greater ability for them to explore many different environments.

19. What are compound eyes?

Arthropods have compound eyes made of several visual units called ommatidia. Each ommatidium transmits visual information through the optic nerve to the brain, which interprets the image. These ommatidia are round and numerous, and their external surfaces point in different directions creating independent images. This causes arthropod eyes have a visual field larger than that of vertebrates. Some insects have one or more simple eye in addition to their pair of compound eyes.

20. How can arthropod reproduction be described?

Reproduction in animals of the phylum Arthropoda is sexual, with a larval stage in some insects and crustaceans (arachnids only go through direct development).

21. What types of fertilization occur in arthropods? What is the predominant type?

22. How does fertilization take place among insects (external or internal)?  Do insects engage in copulation?

Fertilization in insects is internal, with copulation.

23. How are the main classes of arthropods classified according to the presence of a larval stage during  their embryonic development?

24. What are nymphs and imago?

25. Does biological activity take place during the cocoon stage of an insect larva?

The period during which the larva is within its cocoon is a time of intense biological activity since the larva is being transformed into an adult insect.

The Main Differences between the Classes of Arthropods

26. How are the three main classes of arthropods characterized according to the presence of wings?

Crustaceans and arachnids do not have wings. Most insects have wings.

27. Most insects have wings. Which other animal phylum contains creatures with similar organs?

In addition to the phylum Arthropoda, another animal phylum with flying creatures is the chordate phylum, as birds and chiropteran mammals (bats) have wings. It is possible that the reptiles that were the ancestors of birds also had wings. There also exist amphibians and fish that jump high to explore their aerial environment.

28. How are the three main classes of arthropods characterized according to the presence of antennae?

Crustaceans have two pairs of antennae; insects have one pair; arachnids do not have antennae.

29. How are the three main classes of arthropods characterized according to body division?

In crustaceans and arachnids, the head is fused with the thorax to form the cephalothorax. Their body is therefore divided into cephalothorax and abdomen.

Insects have a head, thorax and abdomen.

30. How are the three main classes of arthropods characterized according to their number of limbs?

31. Which class of arthropods is the most diverse animal group on the planet? How can this evolutionary success be explained?

Insects are the animal group with the greatest diversity of species. Almost 750,000 insect species are known, making up approximately 55% of the total already recorded species of living organisms (compare this with mammals, with no more than 4,000 known species). However, scientists estimate that the number of unknown species of insects may be over 2 million. The insect population on the planet is estimated to be more than 10 quintillion (10,000,000,000,000,000,000).

The evolutionary success of insects is due to factors such as their: small size and diversity of foods, which make it possible for them to explore many different ecological environments; wings, which provided them with a greater area to spread across; tracheal respiration, which makes them highly agile; high reproductive rates, which produces a large number of offspring.

32. What are some examples of organisms of the phylum Arthropoda with a high level of behavioral sophistication?

Insects such as some species of bees, wasps, ants and termites form societies that contain hierarchies and the division of jobs among their members. Spiders build sophisticated external structures, their webs, mainly to serve as a trap for capturing prey. Another example is the communication mechanism in some bees known as the bee dance, through which one bee tells others information about the location  of flower fields and other sources of nectar.

33. The main features of arthropods. How can arthropods be described according to examples of representative species, basic morphology, type of symmetry, germ layers and coelom, digestive system, respiratory system, circulatory system, excretory system, nervous system and types of reproduction?

Now that you have finished studying Arthropods, these are your options: