Review All Plant Tissues with 30 Q&As

1. How are plant tissues classified according to their functions? 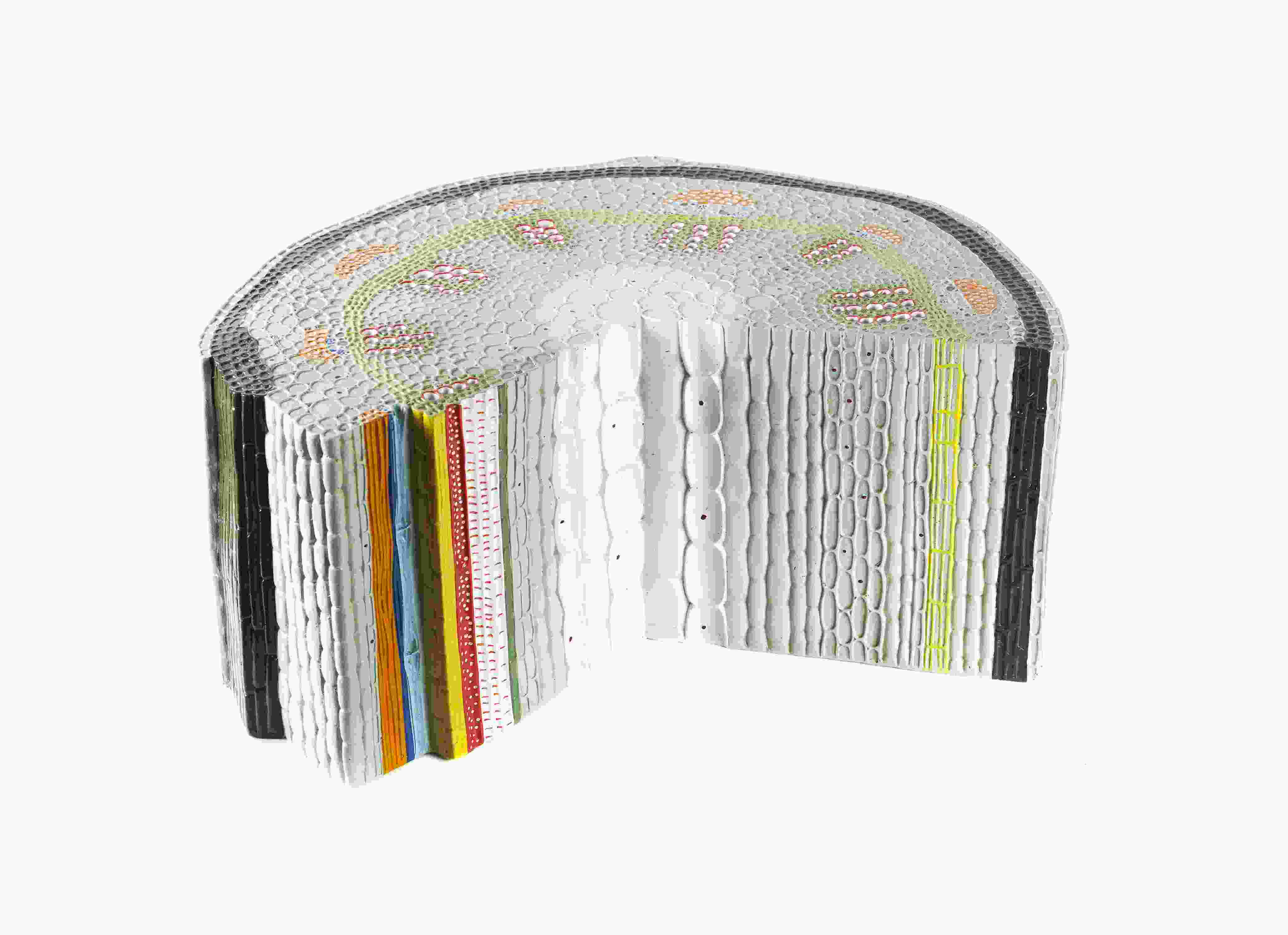 2. What are the growth tissues of plants? How are they classified and where can they be found?

The growth tissues of the plants are meristems. Meristems are the tissues that produce plant growth, and are the origin of all other tissues. They are formed of undifferentiated cells with an intense cell division rate. Meristems are classified as primary meristems and secondary meristems.

Secondary meristems make the plant grow in thickness (secondary growth) and are formed by tissues that thicken the stem: cambium and phellogen (cork cambium).

3. What is the difference between lateral and apical buds in plants?

4. What are apical meristems? Which type of plant growth do this meristems promote?

Apical meristems are primary meristems found at the apex of the stem and in the tips of shoots and roots.

Apical meristems are responsible for the primary growth of plants.

5. What are lateral meristems? Where can they be found and which type of plant growth do they promote?

6. What are the main features of meristematic cells? Why do these cells need to have a high mitotic rate?

7. When seen under a microscope, what type of plant tissue is most likely to present a large amount of cells undergoing cell division?

8. What plant tissues are responsible for supporting of plant?

The supportive tissues of plants are collenchyma and sclerenchyma.

Collenchyma is made of elongated, living cells that accumulate cellulose and pectin in some regions of the cell wall,giving them an unequal thickness and thus providing flexibility.

Sclerenchyma mostly consists of dead cells killed by lignin deposits (lignin is an impermeable biopolymer), which form elongated, rigid and impermeable fibers. Sclerenchyma is a plant tissue widely used in the textile industry.

10. Where in leaves is photosynthetic tissue often located?

The main photosynthetic tissue is photosynthetic parenchyma (also known as chlorenchyma, do not to be confused with collenchyma), which is often located between the superior and the inferior epidermis of the leaves.

11. How are water, mineral salts and food (sugar) transported throughout the plant?

Water, mineral salts and sugar are transported throughout the plant through conducting vessels formed by specialized tissues.

12. What are the specialized conducting tissues of plants?

Xylem and Phloem  are the vascular tissues of plants. Xylem is the plant tissue that form the vessels that transport water and mineral salts absorbed from the soil to plant cells. Phloem is the plant tissue that forms the vessels that transport dissolved sugar from the leaves (where it is produced via photosynthesis) to other plant cells.

13. What types of cell form xylem? What are the main features of those cells?

14. What types of cell form phloem? What are the main features of those cells?

The main cells that form phloem are sieve elements and companion cells. Sieve elements form the vessel walls. They are living enucleated cells positioned in series to form sieve tubes. Between successive vessel elements are communicating pores. Companion cells are located outside and alongside the sieve tubes and they help in the absorption of the material to be transported.

15. What is the vascular cambium? What is its function?

17. What are the main plant tissues that form the rings observed on the trunk of some trees?

The rings observed on a trunk cross section of dicot trees are made of conducting tissues: xylem and phloem.

18. How can the age of a tree be estimated from the analysis of the rings present on a cross section of its trunk?

For tree to grow, it is necessary new vessels within the stem to be formed, a task performed by the vascular cambium. The vascular cambium is more active during hot seasons (summer and spring), generating a lighter band made of large-diameter vessels. During winter and fall, the vascular cambium produces the opposite. As a result, small-diameter vessels and a darker band appears around the previous lighter band. Therefore two rings are made per year, one of which is lighter and the other of which is darker. By counting these pairs directly, the age of the tree can be estimated.

19. What plant tissues compose the functional structures of leaf veins?

Leaf veins are made of vascular tissues. They are composed of xylem and phloem, which respectively conduct water and mineral nutrients (xylem) and sugar (phloem).

20. What plant tissues are specialized in covering?

Covering tissues, or dermal tissues, in plants are the epidermis (which covers the leaves, the young stems and shoots) and the periderm (a tissue that replaces the epidermis in stems, shoots and roots). The periderm is made of phelloderm, phellogen and suber (cork).

21. What plant tissues cover the stem and leaves?

Leaves are covered by epidermis.

22. What is phellogen? What is its function?

Phellogen, also known as cork cambium, is the meristematic plant tissue responsible for the formation of periderm (the covering of the stem, shoots and roots). The inner side of the layer of phellogen forms the phelloderm and its outer side forms the cork (suber). The suber secretes suberin, an impermeable substance that enters the tissue.

23. What type of plant tissue is cork?

Cork, the same material used as the cork of wine bottles, is extracted from the suber of a special oak tree called cork oak.

24. What are plant root hairs? Where can they be found and what is their function?

Root hairs are external elongated projections of the root epidermis. Their role is to increase the absorption of water by the root.

25. Why does bark often die and break off naturally?

Bark is the mature periderm of the stem, branches and roots. It dies and breaks off when these structures grow, thus rupturing the peridermal suber formed of already dead cells.

The leaf cuticle is a thin waxy layer made of cutin and waxes, which is located on the outer surface of the leaf epidermis. Its function is to control cellular transpiration.

Roots have a central portion filled with a substance called medulla, which is made of vascular tissue (inner xylem and outer phloem). The medulla is surrounded by the medullary parenchyma and is enclosed by pericycle, a meristem that produces the secondary roots (ramifications). On the outside of the medulla lies the cortical portion, which is formed of endodermis (which surrounds the pericycle) and cortical parenchyma. The covering of the roots is epidermis (with root hairs), which is later replaced with suberized (corky) periderm.

The root cap is a protective structure located at the tip of a growing root. It protects the meristematic tissue of the root, forming a cap that surrounds its tip. This cover is necessary because during the growth of the root, the meristem would be injured by friction with the soil.

30. Why do the roots of many swamp plants have a special shape?

Swamp and marsh plants generally contain supporting roots that branch off from portions of the stem above the ground, thus helping the plant to establish itself in muddy and sandy soil. They may also contain respiratory roots (pneumatophores), structures that emerge from buried roots to absorb oxygen.

Now that you have finished studying Plant Tissues, these are your options:

Biology Questions and Answers © 2016. All rights reserved. learn@biology-questions-and-answers.com This site does not support the use of animals for education, research and testing.