The phylum Porifera contains the simplest creatures of the animal kingdom. Sponges are aquatic sessile organisms (they are unable to move by themselves and they remain attached to substrates). They do not have tissue diversity and their bodies have pores (the feature form which their name is derived).

They are multicellular, like all organisms of the animal kingdom. 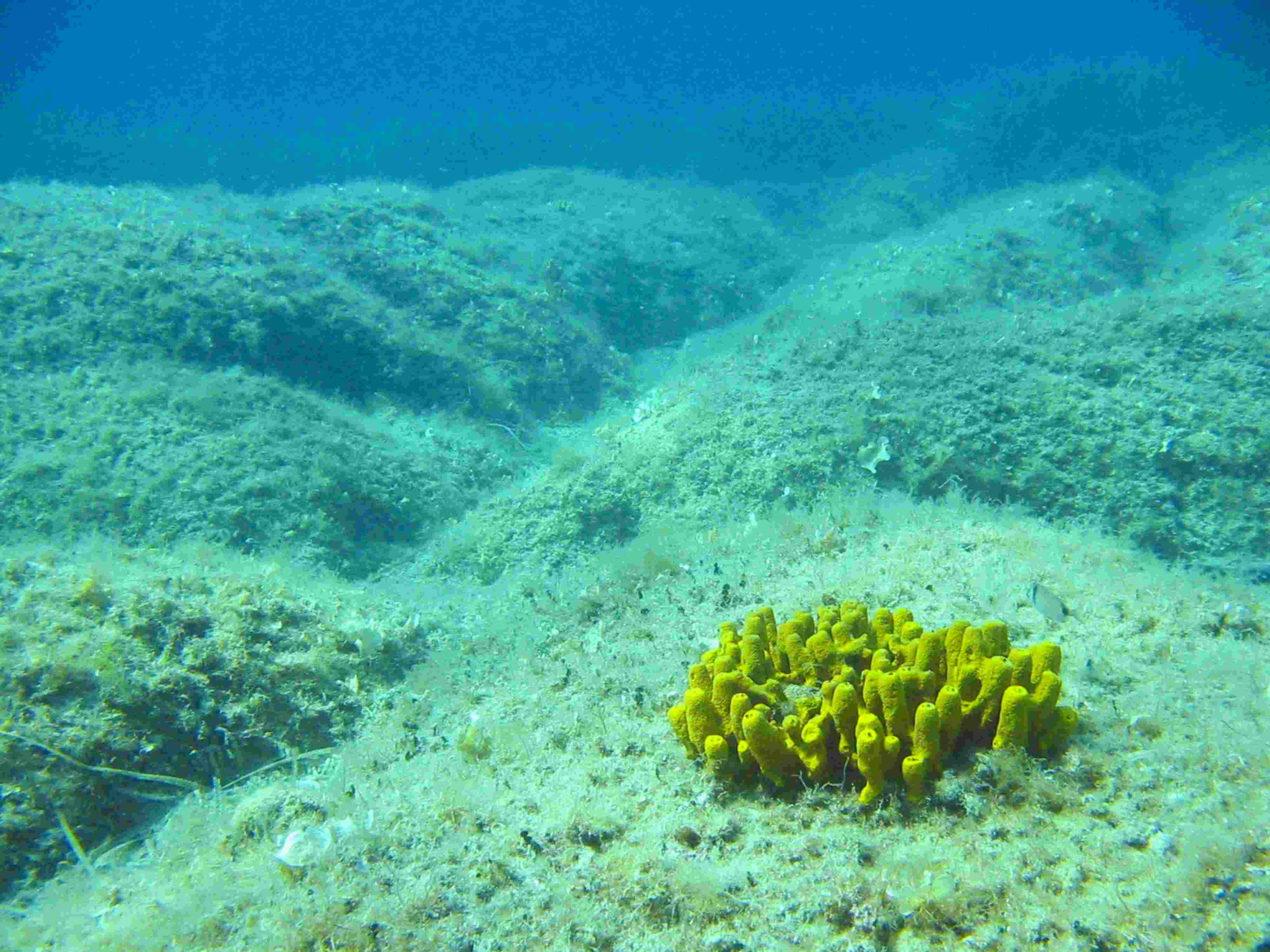 Sponges live exclusively in aquatic environments and are attached by their base to a substrate (fixation ground). Sponges are filtering animals, meaning that they nourish themselves from nutrients that enter their atrium brought in by water.

The Shape and Behavior of Poriferans

3. What is the typical shape of poriferans?

4. How does water move inside sponges? What is the function of the pores in these animals?

Sponges are filtering organisms. They make water enter their bodies through their lateral pores. Water then circulates inside the central cavity and exits through the osculum.

5. How do sponges try to protect themselves against  environmental dangers? Is this method efficient or rudimentary?

Sponges can close their pores to stop water from entering their body in the presence of stimulus that may may indicate danger. However, this method is rudimentary and is actually a form of protection against harmful agents.

6. What are the main cells that compose poriferans?

Sponges contain an outer wall covered by flat cells called pinacocytes as well as pores surrounded by special cells called porocytes. Their internal wall is filled with choanocytes, flagellate cells specialized in the phagocytosis of food brought to the central cavity. The choanocyte flagella also maintain the water flow inside the sponge.

Between the outer and the inner sections of the body of a poriferan, there are cells with amoeboid movement (via pseudopods) called amoebocytes. Since they are embedded in connective tissue, amoebocytes move and distribute nutrients to other cells as well as produce spicules that fill the tissue and support the body structure like a primitive skeleton. (Some poriferans have an internal skeleton, which is an endoskeleton, made of spicules and organic fibers.)

7. What is characteristic of poriferan digestion?

Sponges are different from other animals in that they can only use intracellular digestion. They do not have a digestive system nor do they release digestive enzymes in the spongocoel to cause the extracellular break down of nutrients.

8. How are animals divided according to their type of digestive process?

9. How are gases exchanged in sponges?

The gas exchange in sponges happens through diffusion from the exterior to the cells that absorb molecular oxygen and release carbon dioxide.

10. Do sponges have nervous, circulatory and excretory system?

Sponges do not have a nervous, circulatory or excretory system.

11. Is reproduction in sponges sexual or asexual?

Reproduction in sponges can be asexual by budding, gemmation or fragmentation (regeneration) or sexual with a larval stage (a ciliated amphiblastula larva).

12. What is the evolutionary advantage of sperm cells and the larval stage in the life cycle of sponges?

Sexual reproduction in sponges, in addition to contributing to genetic diversity, also facilitates the colonization of additional environments by these organisms, since sperm cells and larvae are mobile and can swim in the exterior to compensate for the immobility of the adult.

The Importance of Sponges

13. What is the economic importance of sponges?

Some chemical substances secreted by sponges have anti-inflammatory, antibiotic and anti-tumor effects and are used in the production of medicine. Since ancient times, the endoskeleton of some sponges has had a commercial value, being used as a personal hygiene product (bath sponges), as well as to wash animals, objects and so on.

Now that you have finished studying Poriferans, these are your options: