Learn About Proteins Through 31 Q&As

The Importance and Diversity of Proteins

1. What are proteins? How can diversity of proteins in living organisms be explained?

Proteins are molecules made up of sequences of amino acids bound by a peptide bond. 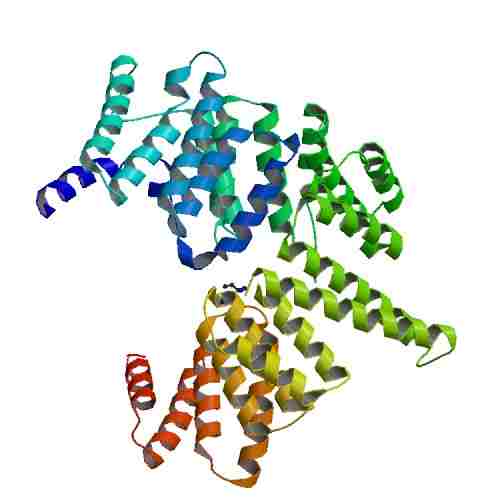 2. What is the importance of proteins for living organisms?

Proteins play a fundamental role in nearly all biological processes. Due to their diversity, they can take on many different configurations and can play varied roles in cells and tissues.

Amino Acids and How They Form Proteins

3. What unit are proteins composed of?

The units that make up proteins are amino acids.

4. What is an oligopeptide? How is it different from a polypeptide?

The peptide molecule is the molecule formed by the bonding of amino acids through the peptide bond. An oligopeptide is a peptide composed of few amino acids (oligo = few). Polypeptides are peptides that contain many amino acids (poli = many), in general more than 50.

5. How many amino acids are known to form proteins in living organisms?

There are twenty different known amino acids that form proteins related to the genetic code of the living organisms.

There are still many other amino acids that are not yet known.

The Chemical Composition of Amino Acids

A carboxyl group –COOH, an amine group – NH₂, an hydrogen atom –H and a variable radical -R are necessarily bound to the central carbon atom of an amino acid.

7. How can amine groups be classified?

8. What is the molecular structure of a carboxyl group?

Carboxyl groups (–COOH) have one carbon atom attached to one hydroxyl group through a simple bond and to one oxygen atom via a double bond. The carbon atom’s other bond site is available to other substances.

9. What is the flat structural representation of an amino acid molecule?

10. What is the importance of the –R group (variable radical) in an amino acid molecule?

The –R group, also called a side-chain, is the variable part of the amino acid molecule. The –R group can be a complex chain of carbon atoms, a substitute methyl group (in this case forming the amino acid alanine) or even a sole hydrogen atom (forming glycine, the simplest amino acid). Therefore the –R group is important because it is what distinguishes the different amino acids.

11. How can the binding of two amino acids into a peptide formation be described?

12. What is the bond between two amino acids called?

The chemical bond between two amino acids is called a peptide bond.

13. Are the –R groups bound to the central carbon atoms involved in the bond between amino acids?

The peptide bond connects the nitrogen atom of the amine group of one amino acid to the carbon atom of the carboxyl group of another amino acid, releasing one molecule of water. Therefore, the –R groups do not participate in that bond.

14. Are the –H groups bound to the central carbon atoms involved in the peptide bond?

15. Are the amine and the carboxyl groups attached to central carbon atoms involved in the bond between amino acids?

The binding of amino acids via the peptide bond releases atoms. They are released in the form of one molecule of water.

17. Can the same amount of amino acids create different proteins?

Different proteins with the same total number of amino acids may exist. In such cases, the difference depends on the types of amino acids or on the sequence in which they form the protein.

18. Are proteins with the same number of their respective amino acid components necessarily identical?

The primary structure of a protein is the linear sequence of amino acids that form the molecule.

21. What is the secondary structure of a protein?

The secondary structure of a protein is generated by the way in which its amino acids interact through the intermolecular bond. These interactions create a spatial conformation of the polypeptide chain. The two most studied secondary conformations of proteins are the alpha-helix and the beta-sheet.

22. What is the difference between alpha-helix and beta-sheet protein conformations?

In the alpha-helix structure, the polypeptide curls longitudinally through the action of hydrogen bonds, forming a spiral or helix. In the beta-sheet conformation, the protein is more extended and the hydrogen bonds form a zig-zag-shaped protein structure called a beta-strand. Many beta-strands put together make a beta-sheet.

The tertiary structure of a protein is a spatial conformation in addition to the secondary structure, in which the alpha-helix or the beta-sheet folds itself up. The forces that maintain the tertiary structure are generally interactions between the –R groups of the amino acids, other parts of the protein and the water molecules of the solution.

The main types of tertiary structure of proteins are globular proteins and fibrous proteins.

The quaternary structure of a protein is the spatial conformation caused by interactions between the polypeptide chains that form the protein.

25. What is protein denaturation? Are there any changes in the primary structure when a protein is denatured?

After denaturation the primary protein structure is not affected.

26. How can denaturation be classified according to its reversibility?

Protein denaturation can be reversible or irreversibl. That means that it may be possible or impossible for the protein to regain its original spatial conformation.

27. What are some factors that can lead to protein denaturation?

Protein denaturation can be caused by temperature variation, pH change, changes in the concentration of surrounding solutes and by other processes. Most proteins denature after certain elevations in temperature or when in very acidic or very alkaline solutions. This is one of the main reasons that it is necessary for organisms to mantain a stable temperature and pH.

28. Do changes in the primary, secondary or tertiary structure of a protein normally have consequences for their function?

29. In sickle cell anemia, a hereditary disease, one amino acid is substituted by another in one of the four polypeptide chains of hemoglobin. In this case are all of the structural levels of the protein modified?

In sickle cell disease there is a change in the primary protein structure of one of the polypeptide chains that form hemoglobin: the amino acid glutamic acid is substituted by the amino acid valine in the β chain. In addition, the spatial conformation of the molecule is also affected and modified by this primary “mistake”, which also creates a different (sickle) shape for red blood cells.

The Difference Between Essential and Nonessential Amino Acids

30. What is the difference between essential and nonessential amino acids?

There are living species that produce every amino acid they need. For example, the bacteria Escherichia coli does not have essential amino acids. Other species, like humans, need to obtain essential amino acids from their diet. Among the twenty different known amino acids that form proteins humans can produce twelve of them and the remaining eight need to be taken from proteins ingested through food.

31. What are some of the remarkable functions of myosin, CD4, albumin, keratin, immunoglobulin, reverse transcriptase, hemoglobin and insulin?

Myosin is a protein that when bound to actin produces a muscle contraction. CD4 is a membrane protein of some lymphocytes, the cells that are infected by HIV. Albumin is an energy storage protein and also an important regulator of blood osmolarity. Keratin is a protein with a structural function and which is present in the epidermis and skin appendages of vertebrates. Immunoglobulins are antibodies, specific proteins that attack and inactivate foreign agents that enter the body. Reverse transcriptase is the enzyme responsible for the transcription of RNA and the formation of DNA in the life cycle of retroviruses. Hemoglobin is the protein that carries oxygen from the lungs to cells. Insulin is a hormone secreted by the pancreas that participates in the metabolism of glucose.

Now that you have finished studying Proteins, these are your options: