1. How is the genetic determination of sex established in humans? 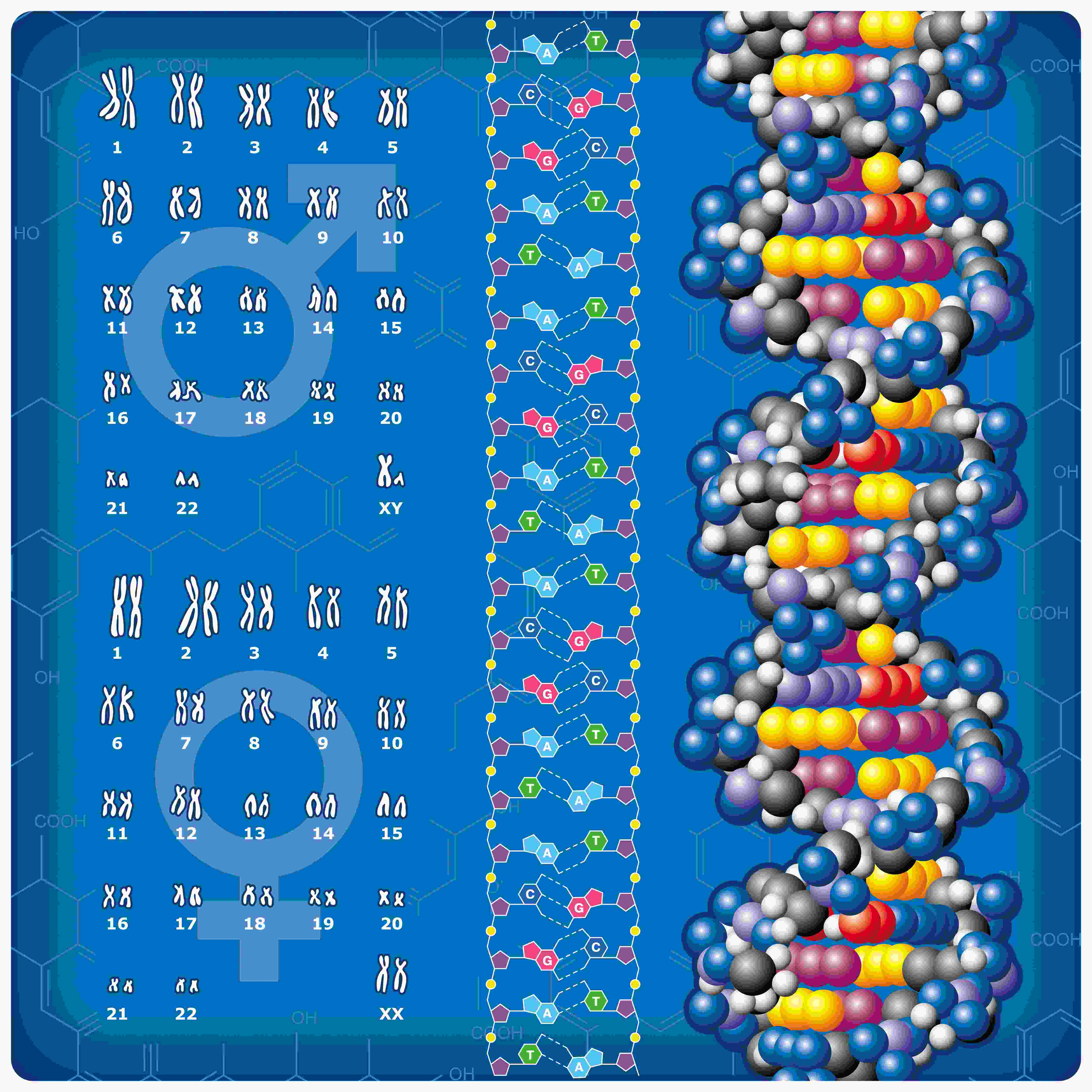 2. What are the homologous and heterologous portions of the human sex chromosomes?

The heterologous portion of human chromosomes is the part whose genes do not have corresponding alleles in the other sex chromosome. These genes are mostly located in the peripheral regions of the arms of the Y and X chromosomes.

3. Concerning the sex chromosomes of the XY system, which type of gamete do male and female individuals respectively produce?

4. Is it possible for the X chromosome of a woman to have come from her father?

However, in men, the X chromosome always comes from the mother whereas the Y chromosome from the father.

5. For a geneticist who wants to map the X chromosome of the mother of a given family (without access to her DNA, only the genetic material of her offspring), is it better to analyze the chromosomes of her daughters or sons?

6. Do the genes of the X and Y chromosomes only determine sex characteristics?

7. What is the inactivation of the X chromosome? What is a Barr body?

The inactivation of the X chromosome is a phenomenon that occurs in women. Since women have two X chromosomes, only one of them remains active and functional and mixed with chromatin while the other remains condensed and inactive.

Under a microscope, the inactive X chromosome generally appears as a granule in the periphery of the nucleus. This granule is called the Barr body.

8. What are the main diseases caused by errors in the number of sex chromosomes in the cells of an individual?

Diseases caused by an abnormal number of sex chromosomes are called sex aneuploidies.

9. Besides the XY system, are there other sex determination systems?

Some animals have a sex determination system different from the XY system.

The X0 system is the sex determination system of many insects. In this system, females are XX and males have only one X chromosome (a condition represented by X0).

In birds, in some fish and in lepidopterae insects (butterflies), sex determination is carried out through the ZW system. In this system, females are ZW and males are ZZ.

In another system, called the haploid-diploid sex determination system, one of the sexes is represented by the fertilized diploid individual and the individual of the opposite sex is formed by parthenogenesis, and is haploid (this occurs in bees and other insects).

X-linked traits are phenotypic traits conditioned by genes located in the non-homologous (heterologous) portions of the X chromosome.

11. How many alleles of genes that condition X-linked traits do female and male individuals respectively present?

The Genetics of Hemophilia

Hemophilia is a disease characterized by impaired blood clotting. People affected by it are more prone to internal and external hemorrhages.

Patients with hemophilia A present an alteration in the gene that codifies factor VIII of blood clotting, a gene located in the non-homologous portion of the X chromosome. Patients with hemophilia B present a defect in the gene that codifies clotting factor IX , a gene also located in the non-homologous region of the X chromosome. Therefore, both diseases are X-linked diseases.

13. What are all the possibilities of genotypes and phenotypes formed in the combination of alleles responsible for the production of factor VIII?

Considering the alleles Xh and X, where Xh represents the allele that conditions hemophilia A, in women, the possible genotypes are XX, XXh and XhXh. In men, the possible genotypes are XY and XhY. Concerning the phenotypes, factor VIII is produced in every individual with at least one non-affected X chromosome. Therefore, XX and XXh women and XY men are normal. Only XhXh women and XhY men have the disease.

14. Why are hemophilic women rare?

There are more hemophilic men than hemophilic women because women need to have two affected X chromosomes to develop the disease, whereas, in men, the disease is present when their single X chromosome is affected.

15. Is it possible for the son of a couple made up of a hemophilic man (XhY) and a non-hemophilic noncarrier (XX) woman to be hemophilic?

16. What is the clinical manifestation of the disease known as Daltonism?

X-linked daltonism, also known as color blindness, is a disease in which the affected individual sees the color red as green or confuses these two colours.

Color blindness is passed down through a recessive X-linked inheritance (it is a gene located on the non-homologous portion of the X chromosome).

The disease appears due to a defect in the gene that codifies a retinal pigment sensitive to red.

18. Are sex-linked diseases only associated with X chromosome genes?

The gene that conditions hypertrichosis pinnae (hair in the ears), a phenotype passed down from fathers to sons through the Y chromosome, was widely known as a holandric gene. Some research findings, however, contradict this hypothesis. Read about the research here: Molecular evidence for absence of Y-linkage of the Hairy Ears trait (this link was a contribution of Ron, a visitor to Biology Questions and Answers). This discussion is a very good example of how science progresses.

20. What is sex-influenced dominance?

Now that you have finished studying Sex Chromosomes and Sex-Linked Inheritance, these are your options: