In Physiology, excretion is the process of the elimination of metabolic wastes and other toxic substances from the body. 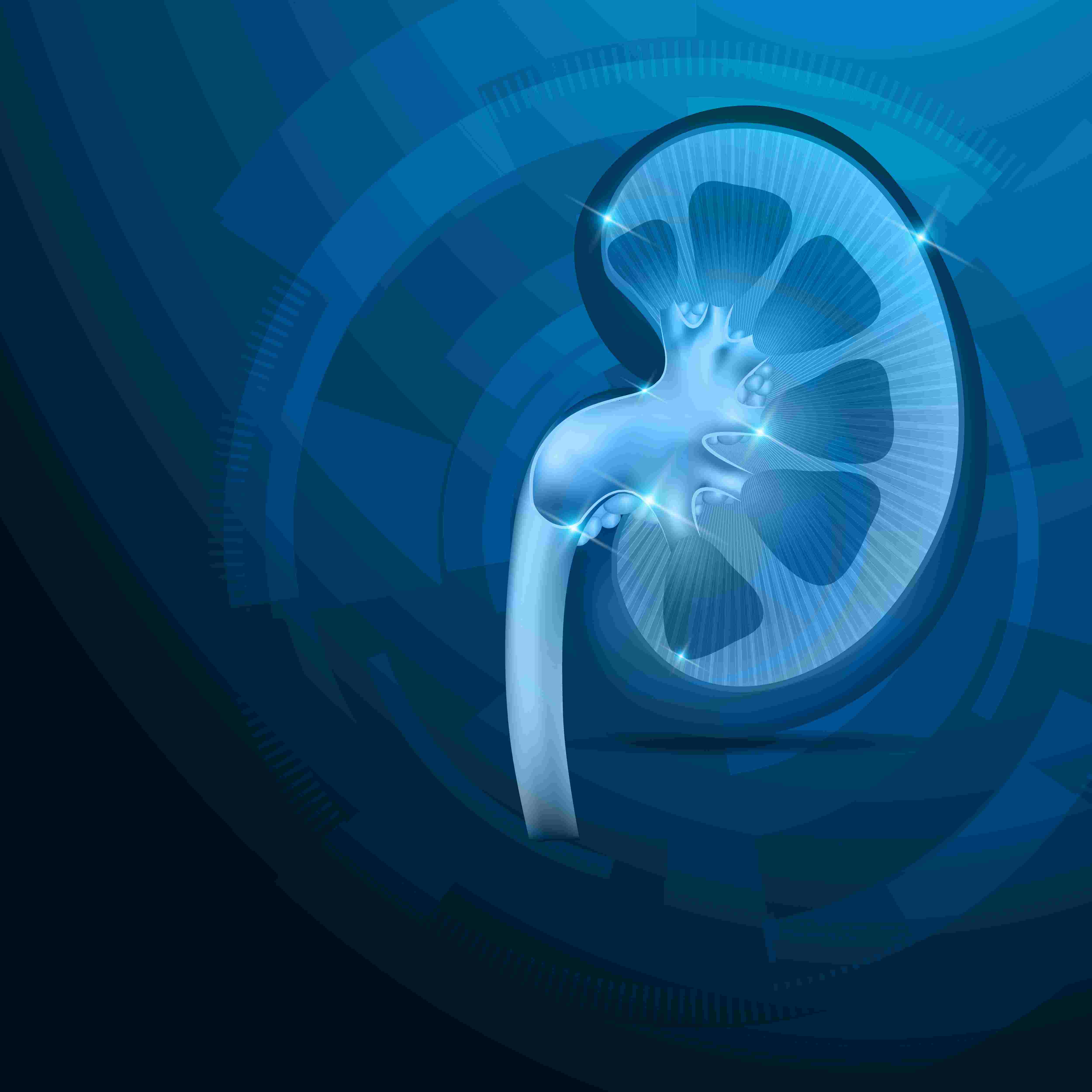 2. What are nitrogenous wastes?

Nitrogenous wastes are residues produced by the degradation of proteins. They are produced by chemical transformations in the amine group of amino acid molecules.

3. What are the three main types of nitrogenous wastes excreted by living organisms?

4. Why are most ammonotelic organisms aquatic animals?

Aquatic animals, such as crustaceans, bony fish and amphibian larvae, are generally ammonotelic because ammonia diffuses more easily through membranes and is more water-soluble than the other types of nitrogenous waste. Ammonia is still the nitrogenous waste most economical to synthesize in terms of energy.

5. Why did ammonotelic excretion cease to be used after animals left aquatic habitats and started to live in terrestrial habitats?

Ammonia is a highly toxic molecule if not diluted and quickly excreted from the body. For this reason, ammonotelic excretion was abandoned in terrestrial habitats because the availability of water for dilution was reduced in this medium, making it so that waste could not be excreted to the exterior so quickly.

6. With regards to toxicity and the need for dilution in water, how different are ureotelic and uricotelic excretions? What are some examples of animals that use these types of excretion?

Urea is more water-soluble than uric acid (an almost insoluble substance). Urea is also more toxic. However, both are less toxic than ammonia.

Some invertebrates, chondrichthyan fish, adult amphibians and mammals are ureotelic. Reptiles, birds and most arthropods are uricotelic.

7. What is the nitrogenous waste produced by amphibian larvae and by the adult animal?

Since amphibian larvae are aquatic, they excrete ammonia. The terrestrial adult excretes urea.

8. Why is uricotelic excretion essential for avian and reptile embryos?

In reptiles and birds, the excretory system is uricotelic since uric acid is insoluble, less toxic and suitable to be stored within the eggs where their embryos develop.

9. How do the embryos of placental mammals excrete nitrogenous wastes?

10. What is the main nitrogenous waste produced by humans?

Human beings excrete mainly urea, which is eliminated in urine.

11. How is urea formed in the human body?

Urea is a product of the degradation of amino acids. During this process, amino acids lose their amine group, which is then transformed into ammonia. In the liver, ammonia reacts with carbon dioxide to form urea and water, through a process called ureogenesis.

During the intermediary reactions of ureogenesis, a molecule of ornithine is consumed and another is produced. For this reason, ureogenesis is also known as the ornithine cycle.

12. What organs make up the excretory system?

The excretory system is formed of the kidneys (two), the ureters (two), the bladder and the urethra.

The Kidneys and Their Functions

13. What vessels carry blood to the kidneys? Is this blood arterial or venous?

14. Which vessels drain filtered blood from the kidneys?

The venous vessels that collect blood filtered by the kidneys are the renal veins. The renal veins carry blood that has been reabsorbed by the nephron tubules.

15. What is the functional unit of the kidneys?

Each kidney contains around one million nephrons.

16. What are the three main renal processes that produce urine when combined?

Urine is made by these occurrence of three processes in the nephron: glomerular filtration, tubular reabsorption and tubular secretion.

In the nephron, blood carried by the afferent arteriole enters the glomerular capillary network where it is filtered. The filtration results in part of the blood returning to circulation through the efferent arteriole while the other part, known as glomerular filtrate, enters the proximal tubule of the nephron. In the nephron tubules (also known as convoluted tubules), substances of the glomerular filtrate, such as water, ions and small organic molecules, are reabsorbed by the cells of the tubule wall and enter into circulation. These cells also secrete other substances inside the tubules. Urine is formed of filtered substances that are reabsorbed and of secreted (by the tubules) substances. Urine is drained by the collecting ducts to the ureter of each kidney. It then enters the bladder and is later discharged through the urethra.

The nephron tubules are surrounded by an extensive capillary network that collects reabsorbed substances and supplies others to be secreted.

17. What is the main transformation presented in glomerular filtrate compared to blood?

Glomerular filtrate is the name given to plasma after it has passed the glomerulus and entered the Bowman’s capsule. Glomerular filtrate has a different composition compared to urine, since the fluid has not yet undergone tubular reabsorption and secretion.

The main difference between blood and glomerular filtrate is that the latter contains a minimum amount of proteins as well as no cells or blood platelets.

Proteinuria means the passing of proteins in the urine. Under normal conditions, proteins are too large to be filtered by the glomerulus and are practically absent in urine (the few filtered proteins may also be reabsorbed by the nephron tubules). Proteinuria is an indication that a more than expected amount of proteins is passing through the glomerulus, and is an indicator of glomerular disease, such as diabetic nephropathy.

The glomerulus also blocks the passage of blood cells and platelets (hematuria is often a sign of urinary disease, although it does not specifically implicate the kidneys, since the blood may come from the lower parts of the excretory tract).

19. Where does most of the water reabsorbed after glomerular filtration go? What other substances are reabsorbed by the nephron tubules?

Only 0.5 to 1% of glomerular filtrate is eliminated as urine. The remaining volume, containing mainly metabolic ions, glucose, amino acids and water, is reabsorbed by the nephron tubules (by means of active or passive transport) and regains blood circulation.

The convolute tubules of the nephron are responsible for the reabsorption of substances.

20. Why do the cells of the nephron tubules contain a large amount of mitochondria?

The cells of the tubule wall have a large number of mitochondria because many substances are reabsorbed or secreted through them by means of active transport (a process that spends energy). Therefore, many mitochondria are necessary to supply the energy for (ATP supply) this type of transport.

21. What is tubular secretion? What are some examples of substances secreted through the renal tubules?

Tubular secretion is the passage of substances from the blood capillaries that surround the nephron tubules to the tubular lumen so that these substances can be excreted with urine. Ammonia, uric acid, potassium, bicarbonate and hydrogen ions, metabolic acids and bases, various ingested drugs (medicines) and other substances are secreted by the nephron tubules.

22. In what part of the nephron does the regulation of the acidity and alkalinity of plasma take place?

The regulation of the acid-basic equilibrium of the body is carried out by the kidneys and depends on tubular reabsorption and secretion.

23. How are kidneys involved in the regulation of the acid-basic equilibrium of the body? How are alkalosis and acidosis corrected by the kidneys?

The kidneys can regulate the acidity or alkalinity of the plasma by varying the excretion of hydrogen and bicarbonate ions.

24. How are the kidneys involved in controlling blood volume? How is the volume of blood in the body related to arterial pressure?

Hormones and the Excretory System

25. Which three main hormones are involved in the regulation of the renal function?

Antidiuretic hormone (ADH, or vasopressin), aldosterone and atrial natriuretic factor (or ANF) are the mains hormones that are involved in the regulation of the excretory system.

26. What is the function of antidiuretic hormone? Where is it produced and what stimuli increase or decrease its secretion?

Antidiuretic hormone is secreted by the hypophysis (also known as the pituitary gland) and it has an effect on the nephron tubules, increasing their reabsorption of water. When the body needs to retain water, for example, in the case of blood loss and an abrupt decrease in blood pressure, or in the case of an abnormally high blood osmolarity, ADH secretion is stimulated.

When the body has an excess of water, such as in the event of excessive ingestion or abnormally low blood osmolarity, the secretion of ADH is blocked and diuresis increases. ADH is also known as vasopressin since it increases blood volume and therefore increases blood pressure.

27. Why does the ingestion of alcohol increase diuresis?

Alcohol inhibits the secretion of ADH (antidiuretic hormone) by the pituitary gland. That is why when people are drunk, they urinate in excess.

28. What is the effect of aldosterone and where is it produced?

Aldosterone is a hormone that has an effect on the nephron tubules, stimulating the reabsorption of sodium. Therefore, it contributes to increasing blood osmolarity, consequently increasing blood pressure.

Aldosterone is made by the adrenal glands, which are located above the upper portion of the kidneys.

29. What evolutionary hypothesis could explain the heart’s role in secreting a hormone that regulates renal function? What hormone is this?

Now that you have finished studying Excretory System, these are your options: